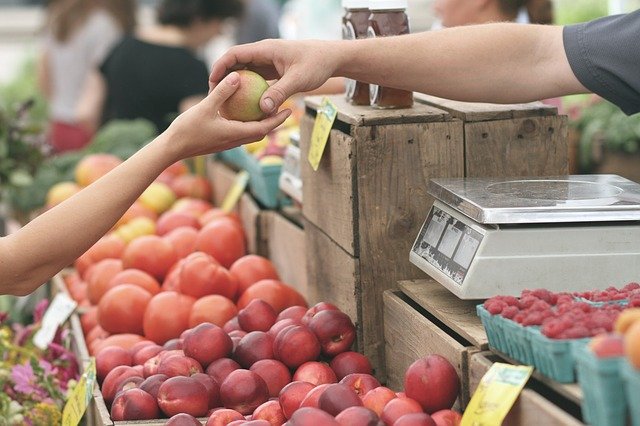 To fight poverty at its roots, governments must ensure that employees and farmers earn decent incomes with the work they do. As market prices are often distorted, it makes sense to change pricing mechanisms.

Many people in developing countries do not earn enough money to feed themselves and their families properly. Reasons include the low wages workers get and the low prices smallholder farmers can charge.
To fight poverty at the roots, it would make sense to change the way prices are set. Prices for agricultural produce and industrial products should be set at levels that ensure fair incomes to those who make them come about. Generally speaking, a “fair” price must cover the minimum a producer needs to cover all production costs including wages, plus a margin for investing.

Considering these distortions, policymakers should disregard orthodox ideas of so-called market pricing and pay more attention to an approach grounded in ethics and fairness. Indeed, the 1948 Declaration of Human Rights hinted at such an approach. Its Article 23 states that “everyone who works has the right to just and favourable remuneration”. Article 25, moreover, enshrines a worker’s “right to a standard of living adequate for the health and well-being of himself and his family, including food, clothing, housing and medical care and necessary social services”.

The Sustainable Development Goals (SDGs), which the UN adopted unanimously in 2015, point in the same direction. For example, SDG1 is “no poverty”, SDG2 is “zero hunger” and SDG8 is “decent work and economic growth”. Specific industries have adopted codes of conduct, and many private-sector companies have made pledges concerning corporate social responsibility. Most of this would be unnecessary if market pricing actually worked as orthodox economic theory suggests.

Awareness of the need to ensure a change in pricing policies is growing. Such initiatives focus on the twin objectives of ensuring a living wage for workers in manufacturing and a living income for farmers.

A “living wage” is one that covers the costs of food (for a low-cost nutritious diet), housing (for basic healthy housing), and other essentials (schooling, medical care), plus a small margin for emergencies.

A “living income” is the net household income level that enables farm households to afford a decent standard of living plus a margin for investments. This includes investments that smallholder farmers must make to cope with the climate crisis – in tools and seeds for different crops, for example.

According to the UN Food and Agriculture Organization (FAO), in 2020, 720 to 811 million in the world faced hunger. The FAO reckons that global heating may push 122 million more people, most of them farmers, into extreme poverty by 2030. In a similar vein, the World Bank has reported that “conflicts and climate change have been increasing extreme poverty for years in parts of the world”.

On the upside, development agencies have been focusing on promoting fair pricing policies for several years. Examples include Germany’s GIZ, a government agency, and Fairtrade, a global umbrella organisation co-owned by more than 1.8 million farmers worldwide. Another proponent of pricing reform is the global Voice Network of non-governmental organisations and trade unions that promote sustainability in the cocoa sector.

Reform of pricing would involve shifting the focus of price-setting to the needs of producers rather than relying on the imagined “invisible hand” of the market. In agriculture, reformers have developed models that lead to fair prices based on reference data and farm-gate prices. That would result in “living incomes” for farmers.

The fair-price approach adds up farmers’ production costs, the income level they need for decent living and their further investment needs. Next, it divides that sum by farmers’ expected yields. Obviously, a farmer might be able to generate higher yields by using better seed, adding land, installing better irrigation or applying fertiliser more effectively. The pricing calculation takes this into account, adding a margin to the price to ensure that the famer can make such improvements.

It would make sense, moreover, to ensure that pricing promotes sustainable land use rather than maximising unsustainable monoculture production as often happens on big commercial farms (see Susanne Neubert on our D+C/E+Z platform). While staying focussed on social justice, fair-price research should pay more attention to this issue in future.

Setting prices in such a way does not necessarily lead to much higher consumer prices. If supply-chain obstacles are removed, household spending can often be kept stable. Typical obstacles include:

Governments should remove such obstacles to ensure consumers must not pay excessive prices. At the same time, they would boost smallholders’ opportunities.

Ruud Bronkhorst is a rural development economist and author of the recently published book “Economics of human rights: Using the living income/fair price approach to combat poverty” (Cham, Switzerland, 2020: Springer Nature). He is based in the Netherlands.
rbronkh@planet.nl