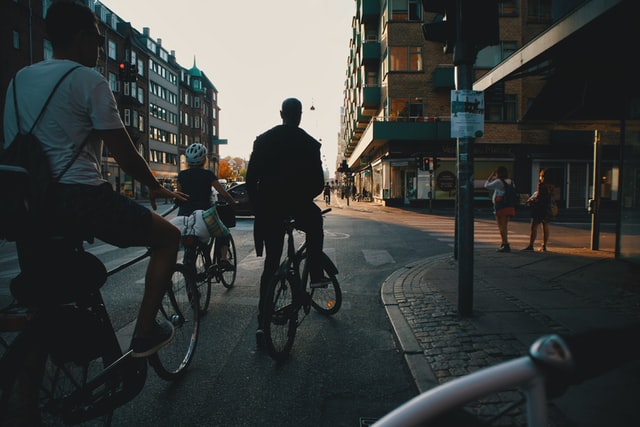 Thanks to a landmark report by the UN’s Intergovernmental Panel on Climate Change (IPCC) no doubt remains that humanity’s continued dependence on fossil fuels is warming Earth’s atmosphere, ocean and land, and is, thus, directly leading to devastating climate change impacts. According to the report, global heating is likely to exceed 2°C by the end of the 21st century. If global emissions hit net zero by mid-century, however, the goal of the Paris Agreement of limiting global warming to 1.5°C above pre-industrial levels can still be achieved.

Again and more urgently than ever, one must say: the time to act is now. And this also concerns the transport sector. Only two weeks ago, it was the cut-off date for countries’ nationally determined contributions (NDCs) to be still considered in the final UN synthesis report, due in advance of COP26 in November 2021.

By July 31, 2021 a total of 82 new or updated NDCs had been submitted to the UNFCCC. Since our last update on transport in NDCs submissions from African countries increased from five to 18 NDCs, sharing the second place in total submissions now with Latin America and following the Asian continent with 23 submissions already.

Only 15% of NDC submissions expressed intent to mitigate greenhouse gas (GHG) emissions from transport by a specific amount. A little bit more than one fifth of NDCs contained transport targets that don’t aim at emission reductions directly. 22 new NDCs refer to a long-term vision for transport, which is especially important in a sector with generally long-lasting infrastructure and still a very high reliance on fossil fuels.

Whilst transport represents a third of global energy demand, it is also the sector with the lowest level of renewable energy use but with the largest potential (95% of world transport relies on petroleum-based fuels, EPA). The newest NDCs indicate the will to turn this potential into reality: 32 of 82 NDCs state the intention to implement electric mobility. This is already more than all NDCs of the first generation in total (30 NDCs mentioned e-mobility).

Overall, measures aiming at improving vehicle and fuel efficiency (64% through technological advances dominate in NDCs, before measures aiming at changing transport users’ behavior in order to avoid total travel distance and to shift to less carbon-intensive modes of transport.

Some good news at the end: adaptation actions are increasingly represented in the NDCs. It seems that the risks climate change poses to transport infrastructure are taken more seriously. Most measures aim at increasing transport infrastructure resilience (in 20 new NDCs), 7 NDCs make reference to information systems such as monitoring and warning systems, and 8 state the intent to update design and planning standards.

All information in this article is based on the Tracker of Climate Strategies for Transport, that is freely available. The Tracker is continuously being updated by GIZ in cooperation with the SLOCAT Partnership for Sustainable, Low Carbon Transport. It is available here: www.changing-transport.org/tracker