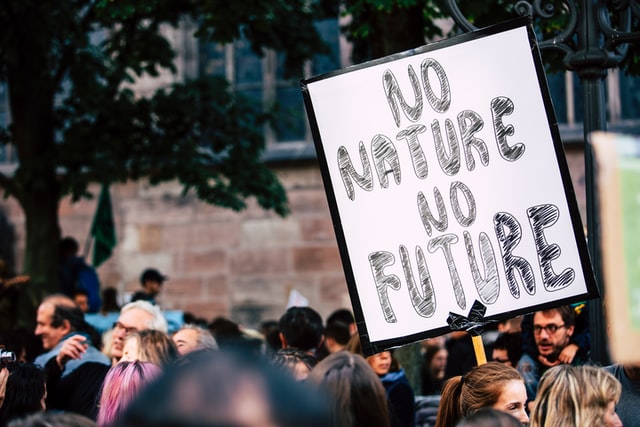 Climate change impacts are being increasingly felt around the globe, often more intense than what was expected just a few years ago. There is a growing consensus that the next few years are the last window to steer the world in a better and safer direction and avoid the worst consequences of climate change.

The scale and ambition of the climate challenge require new ways of thinking and working – across sectors and thematic silos. Achieving sustainable development in countries across the globe will furthermore require innovative forms of social engagement, along with new and improved technologies and collaborative mechanisms. While scientifically informed climate change policy making process is garnering attention, people’s perspective, inspiration and pathways to climate action are scantily understood. The climate change policy making process is global by design but several implementation pathways are inherently local, and connecting local with the global is the need of the hour. At the same time, while multilateral policy making mechanisms are facing challenges to gain commitments, people are increasingly voicing their dissatisfaction with the failures of the political processes in delivering compelling climate action.

In this context, science-based participatory approaches are much needed to provide hope and direction. The climate academy programme aspires to address these challenges through a series of dedicated events. The “People’s Pathways to Climate Action – Climate Academy” 2021 is being jointly organized by United Nations University’s Institute for Environment and Human Security (UNU-EHS) and Munich Re Foundation (MRF) in collaboration with the UN Climate Change Secretariat (UNFCCC).

The 2021 Climate Academy will take place in two stages:

The stage II (in-person) event is likely to take place in Vietnam at a yet to be decided location depending upon then COVID-19 situation and prevailing regulations. In case an in-person event will not be possible, stage II will take place virtually as well. Additionally, to leverage the democratization of access and outreach provided by digital means, some key events of the academy will be open for all where we aim to virtually engage with interested actors from across the globe. The 2021 academy will have a special focus on Nature-based Solutions (NbS) and its application in urban areas to reduce vulnerability to climate change. Young professionals, including academics, policy makers and practitioners are invited to apply between 01 July- 08 August, 2021.

Objectives of the academy programme

The IPCC has identified urbanization as one of the four megatrends that must change fundamentally to effectively address climate change. It also highlighted the vital importance of NbS for climate progress. Other global frameworks including the New Urban Agenda and Sendai Framework advocate the application of NbS for reducing risk and creating livable urban environments as well.

The ongoing COVID-19 pandemic has made the fragility and underlying vulnerability of urban systems to sudden cascading events ever more evident. It has accentuated the vitality of high-quality urban space that rejuvenates community and enhances cohesion, while improving the microclimate. This year’s theme aims to ask how NbS can assist in addressing current and emerging urban vulnerabilities, reducing cascading effects and multiplying co-benefits. While there is growing evidence on the effectiveness of NbS including in urban areas, gaps persists in terms of a) its application in the Global South b) across spatial scales and c) role of local communities and collaborative governance schemes in implementing and sustaining NbS.

NbS have the potential to ameliorate impacts of climate change in urban areas, such as flooding, heat stress or water scarcity, but can it catalyze urban transformation by itself and in conjunction with the established and emerging tools for climate action such as digitalization? The academy shares the optimism that NbS can be enabler of collaborative climate actions in cities as it emphasizes the link between space, people and nature. Community is the steward of NbS and for their successful implementation it must be involved across different stages of the project.

Effective application of NbS in urban areas depends on multiple factors: feasibility, short and long-term cost-benefits, enabling conditions, implementation across scales and administrative boundaries, participatory engagement and co-design to name a few. Another area of interest for the academy is the application of NbS to reduce vulnerability in informal and organic urbanization. The socio-economic, cultural, governance and political dimensions of informal urbanization, particularly from the Global South demand urgent attention and the academy aims to explore how NbS are or can be effectively applied in such contexts. Learning from the indigenous knowledge and from historically adapted urban structures and techniques such as urban heat or flood risk reduction practices can help to accelerate local action. Similarly, understanding the perceptions and concerns of communities in using NbS for reducing urban vulnerabilities can help in designing a truly collaborative and transformative process.

This year’s academy aims to bring together young researchers and practitioners as well as other relevant stakeholders including policy makers, civil society actors and NGOs to jointly assess the aforementioned and to inform policy formulation processes, especially with regard to the preparation of National Adaptation Plans (NAP) and the global stocktake.

To further explore points of interest for the academy, applications are invited to address three different pillars of this year’s academy:

What do we offer:

We are looking for researchers and practitioners with documented experience of working on at least one (preferably two) of the aforementioned pillars. Successful candidates are qualified women and men with profiles such as doctoral researchers in the final stage of their research, post-doctoral fellows, lecturers, assistant professors, practitioners working in ministries, implementing agencies, civil society advocates and any other organization related to the theme of academy. Particular attention will be given to outstanding candidates from the least developed countries. Successful candidates are expected to fully participate in stage I of the academy, based on which further selections for stage II will be made. Selected participants are expected to engage proactively before and during the academy and contribute to the network products. These include but are not limited to contributing to research papers, policy briefs, participation in events, policy engagement, etc.

Institute for Environment and Human Security (UNU-EHS) is one of 15 worldwide operating research and training centers and programmes of the United Nations University (UNU). Its mission is to contribute to efforts to resolve the pressing global problems that are the concern of the United Nations and its member states. UNU’s current activities regarding research and training are mainly focused on the environment and sustainable development on the one hand and peace and governance on the other. UNU disseminates the knowledge gained in its activities to the United Nations and its agencies, to scholars and to the public, in order to increase dynamic interactions in the world-wide community of learning and research.

Munich Re Foundation (MRF) is a non-profit foundation established by the Münchener Rückversicherungsgesellschaft Aktiengesellschaft in Munich (“Munich Re”) on the occasion of its 125th anniversary in 2005. People are ultimately at the core of what MRF’s work is all about. MRF’s task is to minimize the risks to which they are exposed. It supports science and provides support, also in developing countries. MRF’s aim is to prepare people to cope with risk and to improve their living conditions in relation to water as a resource and risk factor, population development, poverty, urbanization and megacities, disaster prevention, environmental and climate change.

UNFCCC secretariat (UN Climate Change) was established in 1992 when countries adopted the United Nations Framework Convention on Climate Change (UNFCCC). The secretariat to the Convention, located in Bonn, Germany, is the United Nations entity tasked with supporting the global response to the threat of climate change. The UNFCCC secretariat supports a complex architecture of bodies that serve to advance the implementation of the Convention, the Kyoto Protocol and the Paris Agreement. The secretariat provides technical expertise and assists in the analysis and review of climate change information reported by Parties and in the implementation of the Kyoto mechanisms. It also maintains the registry for Nationally Determined Contributions (NDC) established under the Paris Agreement, a key aspect of implementation of the Paris Agreement.