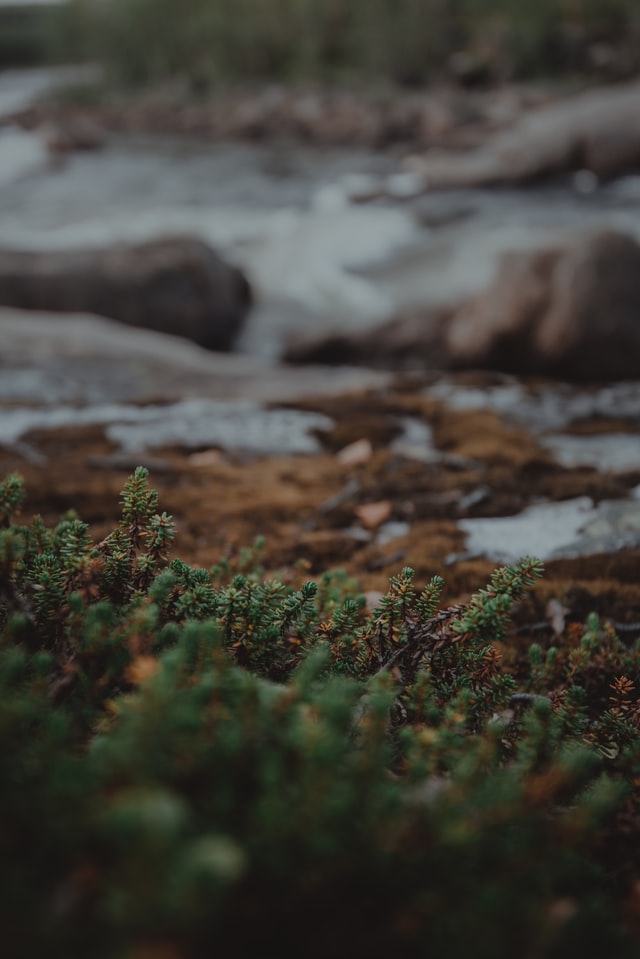 It is the most comprehensive study of its kind to date: Researchers at the University of Bonn and the University of South-Eastern Norway have studied how two characteristic arctic-alpine plant species respond to global warming. They did this by analyzing almost 500 million of their own readings from the mountainous region of Norway. The analyses show that potential consequences of climate change are extremely dependent on the specific location of the plants and that deciduous species in particular will benefit from warming. The result would be a further increase in the trend toward greening of the arctic-alpine regions. The study is published in the journal Ecosphere.

The Norwegian mountains can be pretty darn inhospitable during the colder months. Nevertheless, there are plants that cope splendidly with the biting temperatures. They include the dwarf birch Betula nana and the black crowberry Empetrum hermaphroditum. Both thrive in arctic-alpine conditions; this makes them typical representatives of tundra vegetation.

Up until now, it has been unclear how the growth of dwarf birch and crowberry is influenced by specific environmental conditions. In the alpine regions of Norway, a project has been underway for 30 years that aims to change that. “We wired up some of the plants here and fitted them with so-called data loggers that record the measurements,” explains Prof. Dr. Jörg Löffler from the Department of Geography at the University of Bonn. A pin-like sensor records the diameter of the trunk – minute by minute, 365 days a year, to an accuracy of less than a thousandth of a millimeter. At the same time, the researchers measure solar radiation, temperature in the root zone and just above the soil surface, and soil moisture.

In the current study, researchers analyzed nearly 500 million measurements from 40 plants between 2015 and 2019. “We mainly studied how the microclimate, that is, the conditions encountered by the individual plant, affects its growth,” says Svenja Dobbert, who is doing her doctorate in Prof. Löffler’s research group. This revealed a striking rhythm in both dwarf birch and crowberry: During the colder months, their trunk diameter shrank significantly in each case – a process that was reversed in the spring. However, it was not until late summer that the deficits were made up to such an extent that actual growth began.

“Due to low temperatures in the colder months, there is hardly any liquid water available for the plants,” Dobbert says, explaining the finding. “They also reduce their trunk diameter by even actively reducing the water content of their cells to avoid frost damage.” Just how important this strategy is for both species to thrive is demonstrated by another observation: Plants that shrank very little during the winter often showed little or no growth the following summer.

A second important finding: The deciduous dwarf birches usually grew better after a mild winter. They therefore seem to generally benefit from warmer winters. With the evergreen crowberries it was the other way around. “In cold winters, there is usually less snowfall,” Löffler says. “This could be an advantage for evergreen species because they can then keep up photosynthetic activity for longer and hence enter the growth phase earlier in the spring.” It is therefore possible that climate change is causing an increasing spread of deciduous species and a concomitant displacement of evergreen species. Since the leaves of deciduous plants have a comparatively large surface area (in contrast, those of evergreen species are usually needle-like), this effect could contribute to the further greening of arctic-alpine regions.

The microclimate is crucial

“However, our results also show that microclimatic conditions can be extremely different depending on the location,” explains Löffler. For instance, at exposed, windy locations, snow cover tends to be very thin. The deciduous dwarf birch however requires a sufficiently thick insulating layer of snow in winter. It then has to use fewer resources to protect itself from frost. Without this warming blanket, the dwarf birch has a difficult time. The evergreen crowberry, in contrast, benefits from the extra sunlight during such snow-free periods. “Overall, our measurements prove that global climate data provide little valid evidence for local vegetation effects,” emphasizes the geographer. “Studies like ours can potentially help us better model such complex effects and in turn better predict the effects of climate change on plant life.”