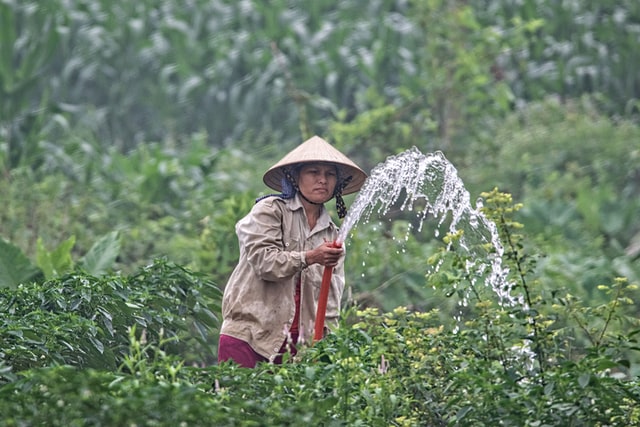 In the face of increasing pressure on global water availability, a degree of inventiveness in finding just and sustainable ways to ensure access to water is required. The redistribution of water is one possible way in which this could be done. But ongoing research on elite responses to a recent water scarcity crisis in South Africa shows that the redistribution of water resources will not go uncontested by water elites and that existing narratives on the sharing of water are not creating the extent of solidarity needed.

Water is intricately linked to development, both to ensure or improve people’s quality of life, as well as to help secure livelihoods such as subsistence-based farming. But increasing pressure on water resources due to a changing climate and an increased demand for water, amongst others, is making it difficult to even sustain current access to water, let alone provide new access to populations that are not yet connected to formal water networks.

Millions of people around the world are still waiting for the moment they can turn on a tap and watch water gushing from it, to be able to flush a toilet, or to bathe under running water. In light of the need to keep an expanding access to water and sanitation facilities, but also with the realisation that less and less water is available per capita, new ways of thinking about distributing access to water are needed.

During a recent panel session on inclusive development and water governance linked to the 2021 EADI ISS Conference, the likelihood of having to share water came up toward the end of the discussion. Emanuele Fantini suggested that it’s not as straightforward as ‘sharing is caring’ when it comes to water, pointing to the many complexities that would affect the governance of water redistribution. Joyeeta Gupta, one of the panel convenors, observed that it is likely that “there will be no win-win situation; it will be a win-lose situation” when it comes to sharing water. As one of the main challenges, she recognised the need to convince water elites of the necessity of sharing water.

My ongoing research on elite responses to water scarcity shows exactly how difficult it will be to get ‘buy-in’ from those who are able to share water: I investigate the way in which elite water users navigated the collapse of three urban water supply systems in South Africa in 2016. With ‘buy in’ I mean that those who have sufficient water agree to share it, provided that they still have enough water to meet their own basic water needs. ‘Elite water users’ in the context of South Africa can be considered those who either have water and sanitation connections within their own homes, or who have access to non-municipal water resources such as groundwater (through boreholes) that can replace or supplement municipal water.

Some of the preliminary conclusions of my research are that:

In addition to the symbolic importance of water that moves beyond the idea of water needs as largely material, political factors may also affect the willingness of water elites to share water. My research found, for example, that specific interpretations of the collapse of urban water supply systems as being caused by municipal mismanagement and water waste through leakages in general may prevent water users from seeing water scarcity as a collective problem and responding to it in a similar way. Those who hold such views are unlikely to cooperate with local governments to ensure that those without water are helped out of own accord. My research shows that water is hoarded by households out of fear of not being able to access it in the future and is mostly shared with those elites’ own social networks.

Also, in the communities studied, distrust stretches beyond the local level and is rooted in perceptions regarding the legitimacy and accountability of the national government. A certain level of mistrust is based on its perceived disability to govern in the interests of water elites, who in South Africa for the most part are also socio-economic elites. This also affects the extent to which water scarcity is considered a collective problem requiring collective action, similar to the above observation.

Capping the water use of elites?

Thus, ensuring elite buy-in of the need to redistribute water will not be a simple task. The sharing of water may involve the limiting of water use for elites by imposing a maximum daily or monthly limit (‘holding back’ water) and making greater amounts of water available for other water users who have used less water. Another example is the redistribution of groundwater by pumping it into municipal water tanks that are accessible to all. But limiting the water use of some households and not others is likely to cause dissatisfaction and perhaps even resistance.

What complicates matters further is that the amount of water used in informal urban areas is far lower than that of the amount used in formal urban areas – while the redistribution of water is likely to reduce the amount of water used by water elites, water use may not increase in areas where there are different water needs and priorities and where the majority of residents still share taps and toilets. This may thus not create the impression that water has been distributed more equitably so that everyone gets ‘more or less the same’. The overall reduction of water on the other hand may be beneficial in countries like South Africa where the water supply is under severe stress. But convincing water users that it is possible – and desirable – to use less water will be a challenge.

In light of this difficulty, the redistribution narrative – and indeed a narrative of ‘sharing is caring’ – will need to be reconsidered. A reduction in the amount of water used by water elites that frees up water for a municipal ‘reserve’ may be achieved more easily if it is framed in light of the need for a water reserve to prevent the water scarcity and corresponding water use restrictions – the idea of ‘using less water now so that there will be water in the future’. This de facto would free up water that is needed elsewhere in urban areas. Elite water users may have to be convinced that limiting their water use will benefit them in the future, and that this sacrifice is worth making.

Lize Swartz is the editor-in-chief of ISS Blog Bliss and a PhD researcher at the International Institute of Social Studies of Erasmus University Rotterdam, where she researches political dynamics of socio-hydrological systems. She is part of the newly formed Transformative Methodologies Working Group situated in the Civic Innovation Research Group