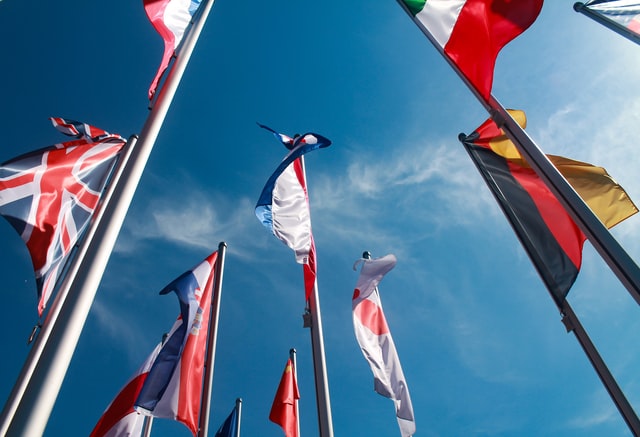 For decades, the UN High-Level Committee on South-South Cooperation has accompanied efforts to expand space for collaboration among developing countries. It has a mandate to review, as well as discuss actions required to strengthen or expand, South-South and triangular cooperation within the UN system. The 20th session, now held from 1-4 June 2021, was repeatedly postponed, and a lot has piled up since the last High-Level Committee meeting in 2016.

Delegates gathered this week to debate issues that are more visible – and arguably more relevant – today than ever before. Over the past five years, UN member states have gone through several rounds of reporting on implementing the Sustainable Development Goals, with South-South cooperation as a prominent means of implementation. The UN development system has entered one of its most ambitious reform processes, where South-South cooperation is closely connected to the strengthened emphasis on cross-border work. The 2019 UN Conference on South-South Cooperation in Buenos Aires, also referred to as “BAPA+40”, has put forward an updated UN reference for South-South cooperation. Inspired by BAPA+40, and under the leadership of the UN Office for South-South cooperation, UN entities have drafted the first system-wide strategy for South-South and triangular cooperation. The Covid-19 pandemic, in turn, has generated new sets of international collaboration and coordination challenges, with hopes turning towards Southern solidarity and South-South (emergency) support schemes also, but not only, with regard to China.

A key role for delegates at the High-Level Committee thus consists in charting paths towards the future. As an inspiration for UN officials and member state representatives, there are at least three issues decision makers should keep in mind:

1. Be explicit about definitions and meanings

These questions arguably will not be settled once and for all, and they do not need to be. The variety of existing approaches and understandings can make the South-South space an innovative and exciting one. For exchange across borders and institutional silos to bear fruit, however, underlying assumptions need to be addressed – not only to better report on South-South initiatives but also evaluate and show to different audiences why South-South cooperation matters. The recent expansion of South-South spaces requires an even more deliberate and explicit focus on definitions and meanings in order to enable meaningful collaboration and coordination, within and between organisations.

The UN defines triangular cooperation as cooperation among Southern countries facilitated by a multilateral body or traditional donor. Triangular cooperation has received the most prominent embrace so far in the 2019 BAPA+40 outcome document; and UN stakeholders across the board – including the UN Office for South-South Cooperation – are interested in expanding their engagement with triangular schemes.

A growing number of both Southern and traditional donor countries already have a substantial trajectory on triangular projects outside UN structures. In order to connect their interests and expertise with UN processes, the Trust Fund for South-South Cooperation set up by the General Assembly offers an established tool that partners beyond the South, including traditional donors, could use to support the expansion of triangular schemes at and with the UN.

Throughout these rapprochements, UN entities should carefully factor in concerns by certain Southern stakeholders that triangular cooperation might open the door for Northern players to dominate South-South spaces. Whether triangular cooperation is a space for policy learning across traditional divides, or an arena for the reformulation of power structures among established and emerging players, depends on the contours of concrete schemes that UN entities should make sure to co-shape.

3. Ask – and listen to – Southern stakeholders

For decades, UN documents have suggested that support for South-South cooperation should be mainstreamed across the UN system in order to build organisational capacity. While the promotion of cooperation formats beyond traditional North-South schemes is laudable, the tendency at the UN to build up capacity on South-South cooperation “for the sake of it” needs to be reviewed. A recent report by the UN Secretary-General, for instance, suggests that the number of UN entities with dedicated South-South teams has been decreasing. While this does not mean that South-South and triangular schemes have become less important for international cooperation processes, it highlights the need to critically evaluate attempts to create additional organisational structures and processes.

Above all, UN entities should carefully listen to those they are supposed to support. How do UN member states that self-identify as Southern, notably UN programme countries, see their role in South-South processes? What do they expect from the UN? What do UN entities need to do in order to provide meaningful support? Answers to these questions will differ across UN entities, and from one national context to another. Instead of wasting resources in the setup and demolition of South-South units, entities across the UN system should dedicate time and energy to mainstreaming a commitment to close and continuous exchange with South-South stakeholders across their different layers of work.