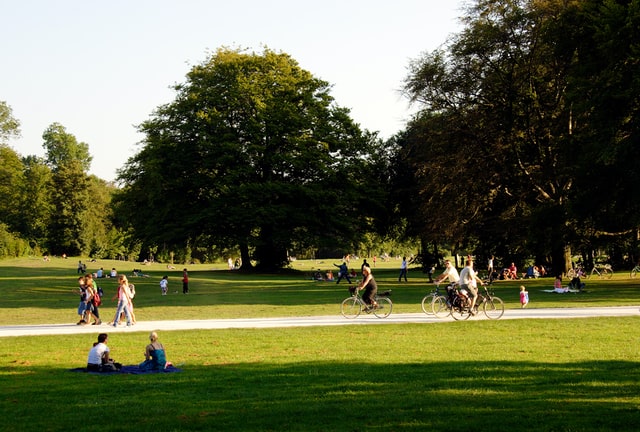 A new study on heat stress, conducted by the United Nations University’s Institute for Environment and Human Security (UNU-EHS), uncovered some surprising facts about who experiences urban heat stress the most, and why.

UNU-EHS researchers set out to tackle the question of heat risk in Bonn by conducting a household survey carried out as part of the ZURES project. Residents of two of the hottest neighborhoods — in the city centre and Bad Godesberg to the south — answered questions about locations in the city where they had experienced heat stress, their household socioeconomic status and living conditions, as well as how summer heat impacts their health. Results of the survey were analysed via a risk assessment that sought to ascertain the causes of heat stress and thereby facilitate risk reduction and adaptation measures. A particular focus of the assessment lay in identifying differences across socioeconomic groups, including students, families and elderly people.

In Bonn, heat-related health impacts, including difficulty sleeping, trouble concentrating, dizziness and headaches, were frequently reported across all demographic groups. However, these adverse impacts were not equally distributed: young people, particularly students, experienced problems at higher rates than older people, with 100% of students surveyed having experienced at least one health impact. Moreover, young people affected by heat stress is impacted more often. This is particularly interesting because heat stress is often framed as being particularly problematic for older people and young children; while it is true that older people face a higher risk for certain issues, such as cardiovascular problems, this study shows that they are not the only group that are highly vulnerable to heat stress.

If this is the case, why are young adults reporting the most health impacts? Several factors may be to blame. Firstly, younger residents are more likely to be in locations that, according to survey respondents, are hotter. Since young people and students have lower financial resources, they are more likely to depend on public transportation, a location where more than one-third of respondents reported experiencing very high levels of heat stress. They are also more likely to live in “substandard” housing, including top-floor apartments, which lead to higher heat stress (69% of those surveyed), and are less likely to have balconies and gardens or live near parks and green spaces. This means that not only are younger people more likely to experience heat stress at home, they also have fewer opportunities to cope (e.g., by cooling off outside).

In comparison, older people and families with young children were much more likely to have living spaces better suited to hot conditions, and to not depend on sweltering buses and trams. This is not to say that these groups do not face heat-related risks; in fact, over 90% of both seniors and families reported experiencing at least one health issue in connection to heat. However, the risk for these groups just results from different factors. For example, families reported being least able to adapt their personal behavior to heat (e.g., by changing their schedules), perhaps due to the lower flexibility that comes with having young children. People over the age of 65 were less likely to consider heat a future threat and were generally unwilling to invest private money in adaptation to heat stress. These groups also reported that they were more likely to be dependent on the city for help in the event of a heat wave, with around 75% of people older than 75 and 65% of people aged 65 to 74 depending on city or civil protection, as opposed to almost 58% of families and 55% of single or couple households.

Overall, this study had several interesting findings that are relevant both in Bonn and beyond. Firstly, it highlights the importance of looking at all urban inhabitants instead of focusing exclusively on specific population groups. People are vulnerable to heat for a variety of reasons; physiology plays a role, but urban development patterns, living circumstances and behavior should also be considered.

At the same time, urban residents also have various – but differing – capacities that should be taken into account in planning. For example, though younger people have fewer financial resources, they were the most willing to adapt. Attention to these dynamics and how they vary across different socioeconomic groups will be key in designing policies that fit urban dwellers’ realities. Typical policy interventions, such as financial rebates for home-based adaptations, may not be successful if they do not target groups that are ready to adapt, or if barriers prevent those who are willing from accessing the benefits.

At a time when temperatures are climbing and heat waves are becoming more frequent around the world, attention to heat risk in urban areas is even more critical. Moving forward, as practitioners and policymakers work toward achieving the Sustainable Development Goals (SDGs), particularly SDG 11 and 13, they must take steps to adapt cities to heat. Planning and policies must extend beyond “classic risk groups” and be informed by the underlying factors that put people at risk, as well as local capacities and willingness to adapt. In order to ensure that we “leave no one behind” – the central, transformative promise in the SDGs – it is paramount that we consider the entire population and particularly vulnerable groups when planning for the future.

Read more about the ZURES project here, and read articles from the local media here.