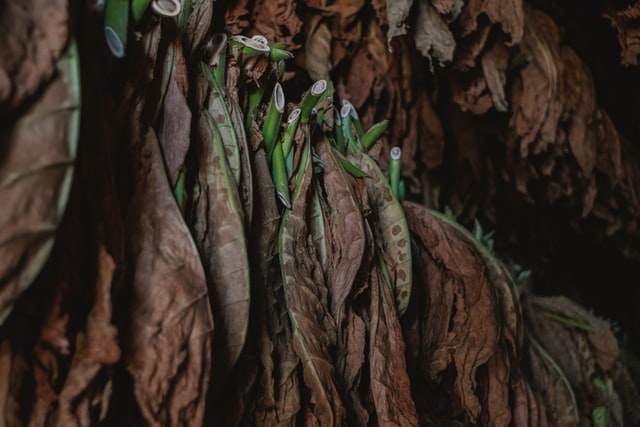 As the world continues to grapple with the COVID-19 pandemic, one fact has never been more evident – our world, our planet and our lives are inextricably interconnected.

There are very few issues that can be considered simply “health problems,” as nearly every aspect of life is connected to other societal, economic and environmental issues. That is why the 2030 Agenda for Sustainable Development is “a plan of action for people, planet and prosperity”, and its 17 goals and 169 associated targets are “integrated and indivisible”.

Tobacco control is linked to 67 of the Sustainable Development Goal targets, and is integrated in Target 3.a on strengthening the implementation of the WHO Framework Convention on Tobacco Control (WHO FCTC).

The WHO FCTC is an international public health treaty negotiated under the auspices of the World Health Organization, and it was endorsed by the World Health Assembly in 2003 and entered into force in February 2005. There are currently 182 Parties to the Convention and it remains one of the most widely embraced United Nations treaties.

We all recognize the health impact of tobacco, which kills more than 8 million people annually around the globe. But we tend to think less frequently about the economic impact of tobacco use on health costs and productivity losses, which are equivalent to 1.8% of the world’s annual gross domestic product.

What is even less well known is how tremendously destructive tobacco cultivation and tobacco use is for the environment – on land, water and air.

Deforestation is one of the noxious effects of tobacco on the environment,  and it begins with the preproduction process. In order to meet the demand for land needed for tobacco cultivation, forests are frequently cleared and burnt. Later, once tobacco is harvested, timber is also required for drying the leaves. Estimates show that tobacco farming causes up to 5% of global deforestation, with 200 000 hectares of natural wood biomass lost each year. Deforestation is one of the largest contributors to the increase of CO2 levels and climate change.

Tobacco causes other forms of land degradation, such as soil erosion because it is usually planted as a single crop, leaving topsoil poorly protected from wind and water. It also reduces soil fertility and productivity, and disrupts water cycles.

Desertification from tobacco cultivation has been observed in numerous countries, including Brazil, Cuba, India, Jordan, Malawi and Zimbabwe.

During production, tobacco crops also require large amounts of chemical fertilizers, pesticides and growth regulators that pollute the ground, nearby waterways and aquifers. In terms of health, tobacco cultivation presents serious hazards for farmers and their families because of the intensive use of pesticides and because of nicotine poisoning due to the handling of the leaves (green leave sickness).

The non-tobacco elements of production, such as filters, carry a burden on the environment, especially when one considers the vast quantities used in the manufacturing of 6 trillion cigarettes annually. Cigarette butts are the most common form of litter, as an estimated 4.5 trillion cigarette butts are thrown away every year worldwide, representing 1.69 billion pounds of toxic trash annually. The United Nations Development Programme has described tobacco as “a threat to our oceans”. Under specific circumstances – such as sunlight and moisture – cigarette filters can break into smaller plastic pieces, which contain and eventually leach out some of the 7000 chemicals contained in a cigarette, many of which are environmentally toxic, and at least 50 are known human carcinogens.

On 17 December 2020, Regulation (EU) 2020/2151 implementing Directive (EU) 2019/904 of the European Parliament and of the European Council on the reduction of the impact of certain plastic products on the environment was adopted by the European Union. This regulation establishes harmonized labelling specifications for a wide range of products, including tobacco products with filters, and filters marketed for use in combination with tobacco products, which contain plastics. The regulation will take effect on 3 July 2021.

In line with Articles 17 and 18 of the Convention on the Provision of support for economically viable alternative activities and Protection of the environment and the health of persons, respectively, and their Policy Guidelines, the Secretariat of the WHO FCTC is calling on governments to better regulate tobacco agriculture and to help tobacco farmers switch to environmentally friendly alternative crop production. This is being encouraged through the use of incentives such as access to credit and by providing training on environmentally friendly practices, among other measures. There are already well-documented best practices of WHO FCTC Parties in promoting and switching to economically sustainable alternatives to tobacco growing.

The tobacco industry has been lobbying worldwide for policies that exonerate it from any environmental responsibility. But ultimately, tobacco producers should be responsible for liability, economic costs and the provision of information on the environmental impacts of their activities.

In summary, tobacco control should be a component of any effective and holistic environmental protection initiative. In particular, supporting economic alternatives to tobacco growing can help restore biodiversity and protect land resources while advancing other important development objectives, for example increased food security.

Replacing tobacco farming with sustainable and alternative agricultural production is a smart choice that can be made for the environment, the economy, and, of course, for health.