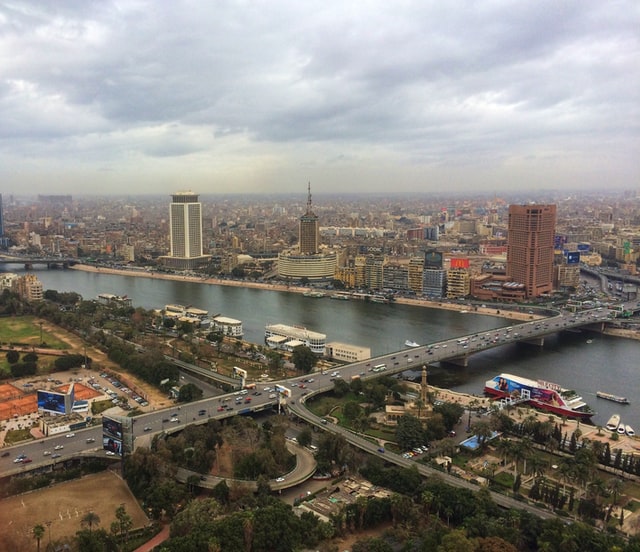 Signed in Rabat, Morocco on February 25th 2004, the Agadir Agreement (AA) is a Free Trade Agreement between Morocco, Tunisia, Egypt and Jordan with the aim of coordinating sectoral policies and approximating legislation to better foster intraregional trade. However, when re-evaluating the performance of the agreement, it becomes clear that it has neither succeeded in fostering regional integration, nor in overcoming the structural weaknesses of Arab-Mediterranean economies.  What are the reasons of this ineffectiveness? Why is the agreement still subject to support and funding from policymakers? And why do proponents of ‘New Regionalism’ hold a rather myopic view which neglects the structural weaknesses of Arab-Mediterranean economies. In his recent research, Christos Kourtelis has used the concept of “isomorphic mimicry” to show that the duplication of the EU rules of origin generates problems for the economies that it seeks to help.

Rules of Origin and diagonal cumulation

Rules of origin are a set of criteria that determine how and where goods originate. Cumulation is the term used to describe a system that allows originating products of country A to be further processed or added to products originating in country B, just as if they had originated in country B. This system is comprised by a set of technical criteria that determine whether a product qualifies for preferential treatment (access to market). In the Euro-Mediterranean area, something called “diagonal cumulation of origin” applies, meaning that rules of origin can cumulate between Arab countries, but only if they belong to a common Free Trade Area, such as the AA.

The enticement of maintaining close ties to the EU and their market often drives Arab-Mediterranean policymakers’ decision making. In this regard, the decision of the four countries of the AA to choose to adopt the European rules of origin over the Arab rules of origin was guided by the ambition to maintain export capabilities to the lucrative EU market, as well as furthering the enhancement of intraregional integration in both the economic and industrial sectors. However, the existing literature argues that the adoption of these rules generated problems to local producers, especially when they attempt to make products of higher added value. For example, when Egyptian textile producers use local resources, then they receive easily certificates for the rules of origin. Yet, when they decide to move up in the value chain, then the rules of origin add more costs to their international operations. Such restrictions forced the Jordanian authorities to request a temporary relaxation of the rules of origin in 2016. The overly restrictive rules were relaxed for Jordan, but not for the other member states, serving to strengthen the EU’s trade position rather than those of the Arab-Med States.

Despite signs showing the poor performance of the agreement, its stakeholders have maintained advocates for its success. For example, the EU continues its support to the AA and (with local policymakers) even urges other Arab-Mediterranean states, who hold a bilateral agreement with the EU, to join the agreement. The EU currently funds the AA with €12m as well as covering 92% of the salaries and costs of the Agadir Technical Unit (ATU). The concept of isomorphic mimicry helps to explain this approach. Although isomorphic mimicry refers to the ‘process by which one organism mimics another to gain an evolutionary advantage’, in the case of the AA the adoption of the EU rules – which can be seen as an example of isomorphic mimicry – creates advantages merely for the local political (and economic) elites. More specifically, the rhetoric of access to the EU market reflects the efforts of local policymakers to increase their international legitimacy. Moreover, for external actors to the AA such as the EU, support to this Arab Mediterranean initiative generates certain economic benefits. This process of isomorphic mimicry creates two capability traps:

Financial support by the EU member states for the AA has been through review on a number of occasions, with the mid-term review from the Swedish Development Agency ultimately offering an ‘achievable exit strategy’, should policymakers decide this as the best course of action. Supporting the need for an ‘exit strategy’, multiple reports have shown that trade integration within the MENA region remains below potential, with the intended effects of the AA falling flat and dropping the share of intraregional trade flow in the region to the lowest in the world.  The fact that the AA has not been anywhere near as effective as intended, sheds light on the larger problem of the cost of employing mimetic strategies. The asymmetrical benefits for the actors are generated as a result of the masked structural weaknesses within regional agreements. As alluded to, scholars of ‘New Regionalism’ overlook aspects of the agreement, including the structural problems already prevalent within the local political economies. The most important problem is related to the fact that these countries export (to the EU market) mainly primary products, low technology goods and especially products with domestic intermediate inputs. As a result of this, diagonal cumulation has limited effects. Local producers either do not choose to source intermediates from the other AA economies or when they do so they do it only for the production of low-value goods. This situation reproduces the structural weaknesses of the Arab-Med economies. As explained in the example of the temporary rules of origin relaxation, the asymmetrical benefits of the agreement result in a disproportionate profit for actors like the EU whilst not promoting or sustaining trade within the intended region.

Another capability trap that arises due to the problematic coordination structures of the AA is ‘premature load bearing’ – or “doing too much too soon”. Slow alignment of policy and coordination of obligations are displayed through the agreement’s initial delay; after the Moroccan authorities were unable to adjust agricultural regulations to comply with a priorly signed bilateral free trade agreement with the US. Although not the most damning reason behind the agreement’s inability to achieve its goals, the pressure placed on the member states, with little regard to their working capacity, forces issues such as the rushed harmonization process.

The AA exemplars a form of mimicry that has produced counterproductive capability traps, generating mechanisms of implementation failure, and reaping asymmetrical and unwarranted profits for parties outside the regional agreement. The member states of the agreement have failed to adequately implement the regulations set out by the AA, as well as struggling to align these with pre-existing obligations. Most importantly, and detrimentally, as the AA encourages further trade with the EU rather than promoting intraregional trade, a ‘hub-spokes’ effect is created, whereby the EU’s position is disproportionately strengthened in relation to those of the Arab-Med states. In order to support more South-South cooperation, the EU should proceed to a (temporary) relaxation of the rules of origin for all the members of the AA (not only Jordan), so it could encourage intraregional trade. The inclusion of clear benchmarks and targeted financial incentives could further enhance the AA. Finally, the more meaningful participation of local producers could improve the institutional framework that governs the AA.