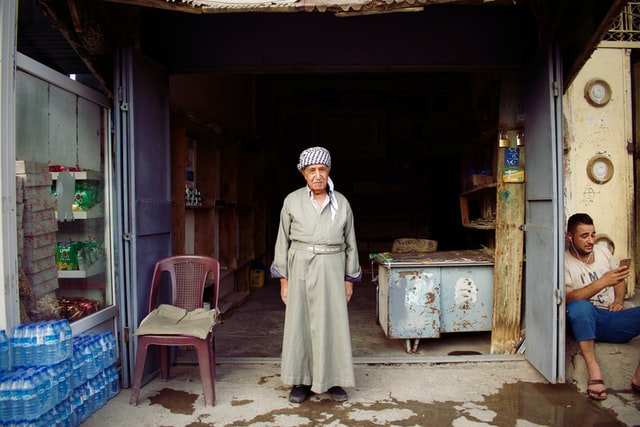 Rearticulating the logics of development

The first one is about the political role of the HDRs during the 1990s. The emergence of the UNDP’s Human Development paradigm is generally presented as a reaction to the structural adjustments promoted by the Washington Consensus adherents. In this sense, human development was understood as the humanization of development strategies and logics. However, this presentation does not properly consider the historical background against which the new paradigm emerged, nor the political role that this paradigm was to play.

Until the end of the Cold War, the capitalism vs. communism antagonism strongly conditioned the articulation of social, political, and economic debates. In the case of development, this antagonism structured the binary oppositions that articulated the debates: market vs. redistribution, free trade vs. regulation and state intervention, laissez-faire vs. central planning, freedom vs. equality, etc. From 1990 onwards, this central antagonism lost its political significance. Thus, an alternative antagonism on which to articulate global logics and debates was necessary. Between 1989 and 1992, we find several political initiatives intended to construct a new conceptualisation of the world suited to the interests of the new unipolar order. Three of them are of special interest to understand the political meaning of the HDRs:

When the emergence of the Human Development paradigm is presented as an initiative devised and materialised by Mabub ul Haq and his good friend Amartya Sen, the fact that this well-intentioned initiative responded to broader political interests is ignored. The consideration of this (systematically forgotten) political dimension turns the HDRs into a discursive instrument created for a very precise purpose: the rearticulation of the logics of development to adapt them to the needs of the new unipolar hegemony.

The second aspect I want to explain is philosophical. During my research, I found that the UNDP focuses exclusively on epistemological issues – questions about how to create knowledge about reality – and glosses over ontological ones – questions about what reality is and what we assume about it. This is not a rarity by the UNDP: on the contrary, it is a central characteristic of mainstream Western thought since its inception in ancient Greece. Since the work of Plato and Aristotle, it has been generally assumed that objects – from simple material things to human beings and societies – have a natural essence that makes them what they are. From this essentialist perspective, evolution, progress, and development are understood as the proper unfolding of such an essence; and knowledge (epistemology) is a matter of properly grasping the essence of the objects. The UNDP unknowingly adopts this essentialist ontology: The Human Development framework assumes that the essence of human beings is their freedom to decide and act – in terms of capabilities and opportunities, and defines development as the unfolding of such an essence. On the basis of these implicit ontological assumptions, the UNDP focuses on epistemological issues to properly grasp the essence of human societies and its evolution. That is why the UNDP have developed an impressive statistical apparatus since 1990.

What I found more striking is that critical researchers showed little attention to the problems and limitations that these ontological essentialist assumptions create to the UNDP’s project. I will briefly highlight two contradictions that, according to my research, reduce the ability of the UNDP to grasp the complexity of current global issues. The first is that the UNDP explicitly defends the universal character of its conceptualisation of development – one that allegedly serves all countries and all cultures. However, the Human Development framework privileges a concrete and specific conceptualization of the human essence – whose historical and geographical roots go deep in Western liberal thought – at the expense of alternative ways to conceptualise human beings. This negates the universal character of the paradigm and makes it contingent to the acceptance of such an anthropological assumption. In other words, the Human Development framework is for everyone (… who accepts the anthropological and political assumptions unwillingly imposed by the UNDP).

The second contradiction points to the inability of the UNDP to propose new answers to old questions. At the theoretical level, the UNDP assumes that the unfolding of the human essence (human development as a process) will lead to the creation of harmonious, peaceful, and conflict-free societies (human development as an end). However, facts show that the world not only does not come close to this goal, but even moves away from it. Since 1990, the HDRs have drawn this frustrating picture, but are unable to make practical proposals that would shift this negative evolution. According to my research, this is a limitation imposed by the essentialist basis of the Human Development framework. This approach assumes that promoting development is a matter of removing the obstacles (conflicts and contradictions) that prevent the unfolding of the human essence. But, in doing so, it implicitly assumes that conflict and contradiction are not part of human nature. Such a simplistic understanding of human beings limits the ability of the UNDP to address, understand and explain the complexity and the relational nature of human economic, political, and social problems.

Then, why read the HDRs of the UNDP? Because they are a sheer example of the essentialist ontological assumptions that, for more than seven decades, conditioned and limited our understanding of development and global issues. In other words, because detecting and understanding these limitations could help in escaping ‘the Procrustean bed of development’ and in casting a new critical light on the MDGs and the SDGs.

Juan Telleria is Assistant Professor at the Department of Philosophy and researcher at the Hegoa Institute of the University of the Basque Country UPV/EHU. Recently he published the volume Deconstructing Human Development. From the Washington Consensus to the 2030 Agenda (Routledge, 2021), in which he critically analyses the human development framework of the UNDP, and its influence on the 2030 Agenda from an ontological and post-structuralist perspective. (juan.telleria@ehu.eus)