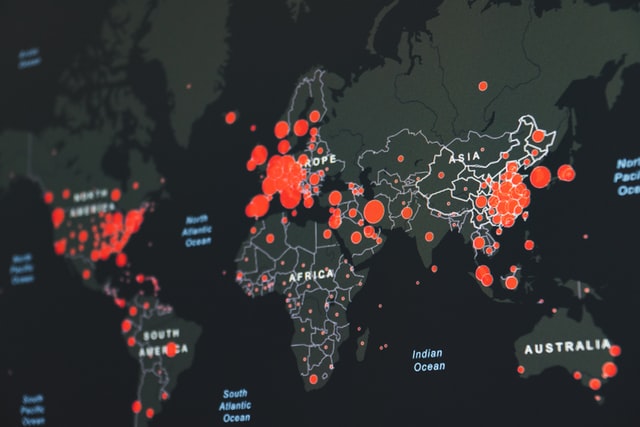 To track and trace contacts, German health authorities are using SORMAS, a disease surveillance system invented and trialled in Nigeria.

Sabine Ablefoni, who has been a GIZ project manager for many years, is a big fan: ‘A well-functioning system from the Global South is now being used in Germany to improve monitoring of the coronavirus pandemic.’ She is referring to the Surveillance, Outbreak Response Management and Analysis System (SORMAS), which was invented in Nigeria in response to the 2014–2016 Ebola epidemic. When the coronavirus pandemic broke out, it was quickly updated to include COVID-19. The German Government has decided that SORMAS should now be used by all the health authorities in the country in order to track chains of infection from end to end. This means that Germany will be able to take advantage of a system that has already proved its worth in the Global South.

Work on SORMAS began in 2014 by a consortium made up of the Helmholtz Centre for Infection Research (HZI), the African Field Epidemiology Network (AFENET) and the Nigeria Centre for Disease Control. On behalf of the German Development Ministry (BMZ) and with cofinancing from the European Union (EU), the Deutsche Gesellschaft für Internationale Zusammenarbeit (GIZ) GmbH has worked closely with the organisations to help roll out the system in Nigeria and Ghana and transform it into an open-source tool. This makes it easier to integrate the tool into other existing systems and enables its use around the world.

‘Much more than an app, SORMAS is an entire system that combines disease surveillance and outbreak response,’ Ablefoni explains. ‘It connects many levels in the health care system – from local health workers, hospitals, labs and local health boards through to national authorities and governments – and delivers data in real time.’ When health care staff identify suspected cases, they can log them in the system. Positive cases are confirmed based on lab results and then contacts are recorded. All this information is contained in a single system, giving health care facilities and the authorities a complete, up-to-date picture of disease outbreaks. This allows them to quickly take action tailored to the local situation to curb the spread, such as treatment or quarantine measures.

Besides Germany, SORMAS is now being used in over half a dozen countries, including France and Switzerland. ‘It’s a fantastic joint effort across multiple disciplines,’ says a happy Ablefoni. ‘It shows how the Global North can benefit from experience gained in developing countries and emerging economies.