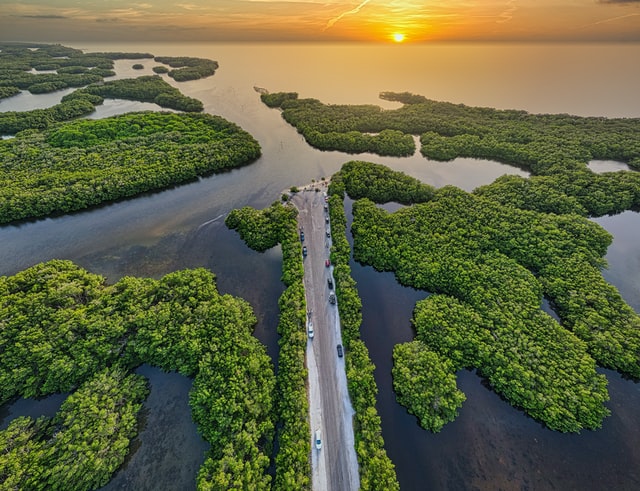 The European Union (EU) announced its European Green Deal (hereafter Green Deal) at the global Climate Conference in Madrid in 2019, stating its intention to make Europe carbon neutral by 2050. The EU has been a global leader on the international stages of climate and sustainability, constantly pushing for more action at home and in the international negotiations. In that sense, through the Green Deal, the EU recognizes that its domestic action alone will not set the world on track for the deep needed transition towards sustainability. Rather, it notes and takes seriously the role it could play globally by acting as a role model and by directly stimulating action beyond borders.

The Green Deal identifies multiple potential international partners for engagement on climate and sustainability issues. For instance, the EU aims to bring climate and environment to the center of its partnership with Africa, engage with G20 countries on emissions reductions, build green alliances with partner countries in Latin America, the Caribbean, Asia and the Pacific, and establish environment, energy and climate partnerships with its Eastern Partnership and its Southern Neighbourhood. Moreover, the EU currently provides around 40% of global climate finance and aims to continue to contribute, for instance, through its Neighbourhood, Development and International Cooperation Instrument (NDICI) of the new Multiannual Financial Framework, which will allocate 30% of the total budget to climate mainstreaming over the next seven years. Nevertheless, while the Green Deal is well-intentioned and will certainly provide multiple opportunities for partner countries, potential challenges and conflicting objectives should not be overlooked, in particular those affecting developing countries.

As the world’s largest single market, the EU could affect the competitiveness of products from a large number of countries through trade-related decisions, influencing consumption and production patterns across global value chains. On that matter, the Green Deal proposes strengthened environmental standards and a carbon border adjustment mechanism to avoid carbon leakage. Additionally, through changes in domestic demand, the EU will stimulate green production abroad for imports of products such as green fuels. For instance, Chile organizes a major Summit on green hydrogen this year and sees an enormous opportunity in green hydrogen exports, provided external development support. Similarly, some African countries also hold high potential for green hydrogen exports in the future.

The Green Deal aims to strengthen environmental and climate provisions in all future trade agreements and proposes to appoint a Chief Trade Enforcement Officer for enhanced supervision. For instance, while EU regulations to avoid indirect contribution to illegal logging through trade have been in place, full compliance could not be ensured to date. A recent article in Science suggests that approximately 20% of soy exports and a minimum of 17% of beef exports from the Brazilian Amazon and Cerrado regions to the EU might contribute to deforestation. The new EU-Mercosur trade agreement contains a section that aims to ensure environmental protection as well as labour, human rights and indigenous communities protection, including by addressing illegal logging. Through appropriate trade measures and enforcement, the EU could support decent work conditions and sustainable economic growth in partner countries.

Yet, despite multiple offered opportunities, environmental trade measures could negatively affect developing countries’ exports to the EU. Some of these countries may not be able to quickly adapt to new regulations and may lose competitiveness or become unable to place their products on the European market. As most non-OECD countries, including China and South Africa, have higher carbon intensity of trade-related sectors than OECD countries, a carbon border adjustment mechanism risks shifting the burden of climate action to developing countries. To address these concerns, the EU should take action to support and protect particularly vulnerable partner countries. In an earlier Future of Globalization blog post, Brandi identified several potential measures to tackle such negative impacts.

Circular economy as a mediator of conflicting objectives

Ultimately, the goal of environmental trade-related measures is to improve standards abroad. To support partner countries to remain competitive, the EU could simultaneously stimulate green transitions in these countries, among others, through local and cross-border circular economy systems. The Green Deal notes that “half of total greenhouse gas emissions and more than 90% of biodiversity loss and water stress come from resource extraction and processing of materials, fuels and food” (Green Deal, page 7). To address this issue, it aims to build (circular) economic models that maintain the value of products, materials and resources for as long as possible, minimizing GHG emissions, waste and demand for natural resources. Moreover, aside from environmental benefits, circular economy is expected to offers a business model that provides multiple benefits, such as decent jobs, economic diversification, material sustainability, and a healthier and cleaner environment.

In a highly interconnected world with globally spread supply chains, effective circular economy and sustainability models need to extend across multiple countries. The scalability and impact of a global circular economy model depends on enhanced cooperation, mutual benefits, and real buy-in and active engagement from partner countries. Through its new ‘Circular Economy Action Plan’, the European Commission expects to stimulate deeply transformative systemic changes worldwide. It seeks to establish a Global Circular Economy Alliance that would identify knowledge and governance gaps, and support pertinent initiatives and partnerships. Moreover, it aims to advocate for this model through Circular Economy Missions to partner countries.

An appealing European Green Deal for the world at large?

The Green Deal offers multiple opportunities for Europe’s partner countries, but conflicting objectives could also emerge. For that reason, the EU will need to be highly cautious and conscientious of international impacts. It will need to take partner countries’ needs and contexts into account on a case-by-case basis and to tailor-make its strategies. To that end, the EU would need to engage with partners through communication channels such as the ongoing Post-Cotonou negotiations and the upcoming AU-EU Summit, to bring together different perspectives, clarify intentions and interests of all parties and address existing skepticism. Bilateral discussions will also be essential and could, for instance, support increased climate ambition in partner countries’ Nationally Determined Contributions under the Paris Agreement through adequate cooperation commitments.

As the extent of the Green Deal’s global influence ultimately depends on the reactions it generates in other countries, the EU should seek to make it attractive externally. Why should partner countries engage in environmental action through the Green Deal? What could they win and how can conflicting objectives be managed? The Green Deal is an opportunity for Europe to operate as a role model and to support climate and sustainability action in partner countries directly and indirectly in ways that are sensitive to diverse contexts. As the world is in need of a fair and effective Global Green Deal, the EU has the opportunity to show how individual action can ensure positive effects and a just transition locally and globally through appropriate consideration of international interdependencies.