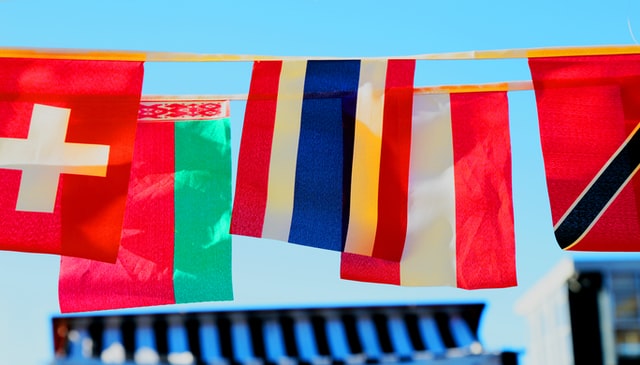 These are difficult times for multilateral action. Many are looking full of hope to Germany, whose Alliance for Multilateralism provides a key counterpoint to the “My country first” maxim. As such, it is all the more important for the German Government to set out a clear and substantive position in its new white paper on multilateralism. It must communicate clearly to the German people and other states why working with other nations, while often difficult and requiring constant compromise, is just as much in Germany’s own interest as strong, independent international organisations and global, universally applicable norms and rules. The Federal Government also needs to outline the specific changes for which it intends to advocate.

There are many good arguments at present for seeking to retain and improve the current system and counteract the erosion it is experiencing rather than reaching for the multilateral stars. Standing for the prohibition of the use of force, rules-based cooperation and human rights, the United Nations (UN) represents an achievement of civilisation that should be protected and strengthened. The UN Charter, its founding document, pledges to protect weaker nations against stronger ones. This remains relevant to this day. The Charter offers rules for preventing wars between countries. While such wars may no longer be the only or even the greatest threat, escalation in (nuclear) conflicts, whether between China and the United States, in the Middle East or elsewhere, still has the potential to turn the world upside down. The structures, decision-making processes and procedures of many multilateral organisations have become outdated after 75 years, while the organisations themselves seem sluggish and inefficient. Nonetheless, they could still be leveraged to promote a policy oriented towards the global common good, as seen to some extent with the 2030 Agenda for Sustainable Development.

The preservation approach would also appear expedient from the perspective of political feasibility. It is already difficult enough to maintain existing structures, norms and rules, let alone strengthen them and leverage them to tackle global issues. Nationalist and populist governments dispute that international organisations and multilateral cooperation have any problem-solving ability whatsoever; superpowers old and new are attempting to re-establish the idea that “might is right”. Growing rivalries between China and the United States are overshadowing multilateral negotiations. The number of interests that can be asserted has increased as states of the global South have become increasingly differentiated. This is illustrated particularly clearly in the area of climate, where the interests of major carbon emitters such as China, India and a number of oil-producing countries differ markedly from those of small island nations affected by climate change. This often narrows the corridor for solutions down to the smallest common denominator. Political opposition to human rights is tangible, and not only within the relevant bodies in Geneva, in negotiations on reproductive health and women’s rights and in the budgeting process for peace missions. Last but not least, there are concerns that the COVID-19 pandemic and its economic and social impact could result in governments being caught up with resolving pressing national issues and thus taking their foot off the gas in regard to efforts to reform the multilateral system.

The German Government should therefore make clear in the white paper that it considers the rules-based, inclusive order which is based on human rights and other multilaterally agreed norms and rules to be non-negotiable.

No more business as usual: current crises and inequalities call for an ambition for change

Nonetheless, it is not enough for the white paper to focus solely on retaining and progressively consolidating the current multilateral system. Returning to the way things used to be is neither desirable nor possible. There is also no room for a business as usual approach when it comes to tackling global challenges. There are too many states and individuals that are unhappy with the present system and the United Nations and feel disadvantaged. The multilateral system also needs updating to take account of the changed relationships between state and society and better address transnational challenges and global public goods.

Multilateralism is characterised by all states following the same rules across different policy areas, which gives rise to diffuse reciprocity – one actor asserts itself here, another there, but, overall, everyone benefits to roughly the same degree from the results of cooperation in the long term. However, we are noting a significant degree of dissatisfaction on the part of the global South with inequality at global level, which it considers to be institutionalised, be it in the arena of security policy, climate change or global economy and global development, or in relation to the staffing structure of international organisations or financing from earmarked contributions. At the same time, global trends in population growth, migration, trade flows and economic growth mean that the global South will become increasingly significant. While the UN should not be conflated with the much criticised liberal world order, it still forms part of a world order dominated by industrialised Western nations that privileges us and distributes the profits of globalisation extremely inequitably around the world. (Incidentally, the effects of this inequality can also be found “at home” in European countries in which people feel left behind).

Any efforts to retain and strengthen the multilateral order that fail to acknowledge inequalities and lack a willingness to change could quickly come to be seen as an attempt by the old powers to prevent other nations advancing. It would thus be doomed to fail in the medium term if not before. (Germany’s insistence on a permanent seat on the Security Council would be one example). It is therefore necessary to retain the essential features of the multilateral order, but at the same time work together with others to ensure that this order benefits more states and societies and looks to the future. This does not represent a selling out of German interests. On the contrary, the white paper should make it clear that such an order represents the core of Germany’s (and Europe’s) medium- and long-term interests. Without this order, it will become even harder to manage global risks effectively.

At the same time, the COVID-19 pandemic unmistakably illustrates the need for increased and better multilateral cooperation and more authoritative, well financed organisations in order to tackle global risks more effectively. This is nothing new for those promoting efforts to combat climate change and biodiversity loss, resolve complex, asymmetrical violent conflicts, reduce global inequality, etc. An interconnected and interdependent world requires structures that allow for a scrutinising of short-term national interests from a global common good perspective. Coordinated and interdisciplinary approaches to tackling complex global issues are becoming essential given the extent and immediacy of the potentially catastrophic consequences. States continue to be the main players in this context. At the same time, there is a need for those affected by the decisions and those with significant power to act, such as citizens, the scientific community, young people and other civil-society players, and sub-national stakeholders such as cities and private sector players to be involved on a more effective and binding basis in work to promote the global common good.

As if devising such a system from scratch would not be difficult enough, the starting point is a complex juxtaposition of minilateral and multilateral structures and governance arrangements which already involve a wide range of non-governmental and sub-national actors. A significant proportion of these have been designed specifically to get around inertia at the United Nations and achieve quicker progress on certain topics in a small group. Taken together with the resistance on the part of many states to relinquishing sovereignty and with the current geopolitical landscape, it would be easy to dismiss calls for fundamental reforms. However, riding things out is not an option when the need for action is so pressing. The German Government should point out in its white paper the basic need for an effective multilateral cooperation system with the reformed United Nations as its universal heart in order to tackle the tasks of global transformations. It should provide some initial reflections as to how we can get there from our existing rules and structures. For instance, how can we prepare in clubs such as the G7 and the G20 or in other variable coalitions for thematic breakthroughs in specific areas dependent on joint approaches that might not be achieved elsewhere? In the process, how does the German Government, together with partners, fulfil the responsibility of not (further) disadvantaging those without a seat at the table, and how does it ensure that the results strengthen the multilateral framework? How does it support the ongoing UN reform processes and pave the way for new ones?

Specifically, the German Government should begin by declaring the 2030 Agenda a binding principle of its white paper. The 2030 Agenda recognises that the national common good is inseparable from the provision and/or protection of global public goods. It requires all states to take equal responsibility for the well-being of their own populations and the protection of the planet and future generations and is a shared vision of citizens and states for “the future we want”. By making the 2030 Agenda its guiding principle, the German Government would be signalling a willingness to change Germany’s domestic and foreign policy in order to facilitate a transformation towards national and global sustainable development.

Second, the German Government should formulate clearly which instruments it intends to use within the entire government apparatus to strengthen and transform multilateralism and leverage it to bring about change. In addition to the classic foreign policy of the German Federal Foreign Office and clear statements on human rights abuses by major powers, the white paper should also make the actions of different ministries more coherent. Only in this way can bilateral and multilateral action reinforce one another, be it in fragile states and conflict situations, with regard to UN organisations, or in the areas of democracy promotion and human rights or climate policy. This is some feat, but where should we make a start on this if not in the white paper? Multilateralism does not have to be considered solely as an instrument at internal level either, but also as a commodity worthy of protection. To this end, it is also necessary to reduce the high proportion of earmarked contributions by Germany to UN organisations in order to promote more flexible forms of financing and thereby enable UN organisations to carry out their core mandates. Clear targets and guidelines are required that should be periodically reviewed.

Third, the German Government should outline how it will pave the way for consensual reforms in the medium term that make the multilateral system more equitable, strengthen it for dealing with transnational challenges and involve non-governmental players more effectively. It would be feasible to use a work stream within the Alliance for Multilateralism to discuss specific proposals that have been developed in the run up to the UN’s 75th anniversary. The UN Secretary-General should also receive political and financial support with issuing recommendations to the states on further developing the UN. This mandate stems from the Declaration on the Commemoration of the 75th Anniversary of the United Nations, which is set to be adopted in a few days. It will see the momentum of the anniversary carried forward to some extent into the next year. The German Government should show boldness and political leadership in order to impart greater impetus to this process and raise its level of ambition.