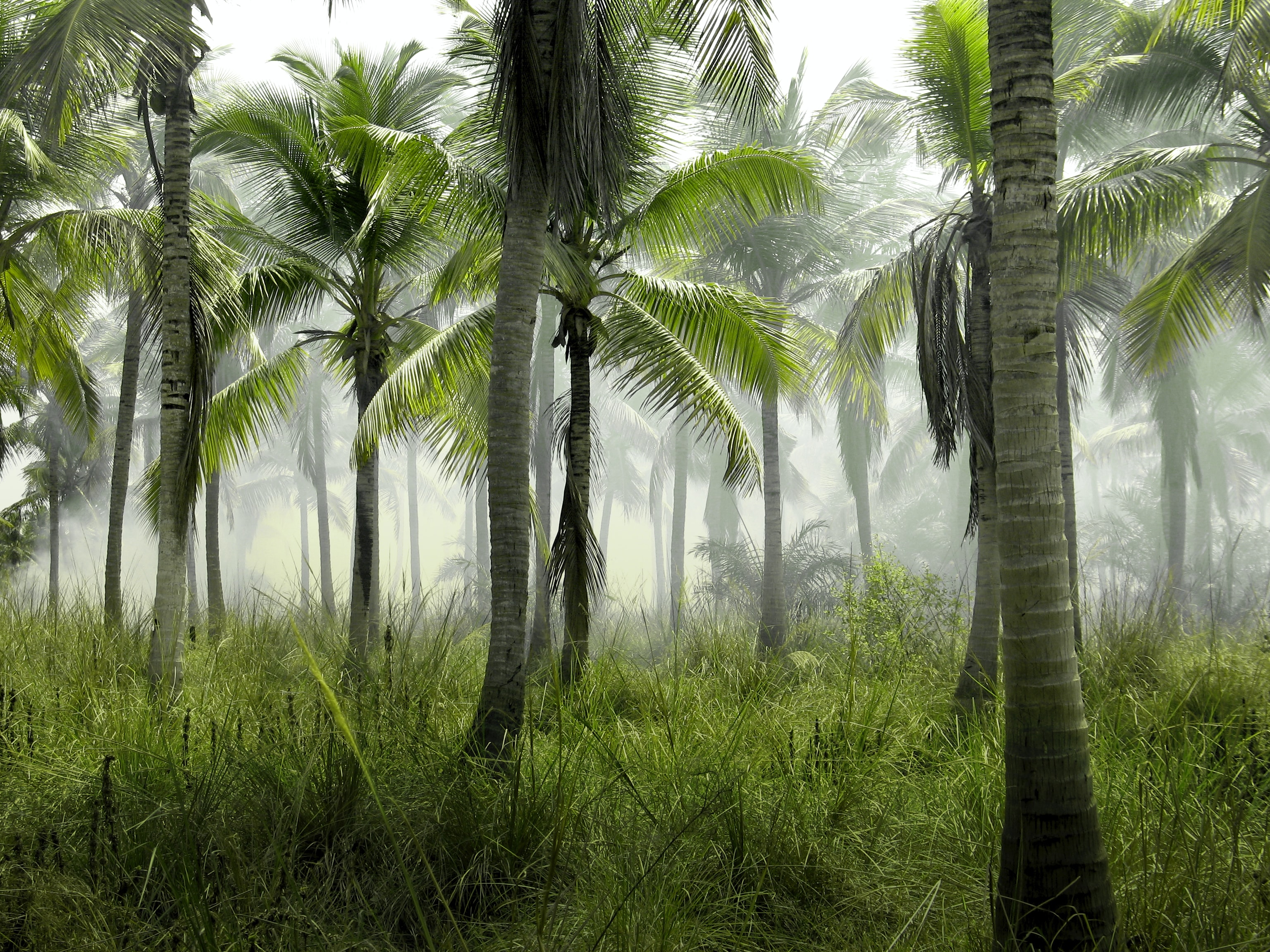 Palm trees are iconic tropical forest plants. There are over 2,500 palm species and many are used by humans for food, shelter, medicine, and crafts. The proportion of palm trees is also an important factor to calculate the potential carbon storage of forests and their sensitivity to climate change. The Center for Development Research (ZEF) of the University of Bonn contributed to a major new study that surveyed the actual numbers of palms in tropical rainforests around the globe.

Tropical rainforests are often seen as synonymous with biodiversity. However, this diversity is not evenly distributed, and most plants in a given area belong to only a handful of species. More than half of the total biomass in the Amazon rainforest is distributed among fewer than 300 tree species – including several species of palms. In some areas, palms are entirely dominant and form natural monocultures. Palms are among the most common tree species in the Amazon rainforest, but in some tropical areas they are unusual, or conspicuously absent.

Variations in the numbers of palm trees among tropical regions had not been quantified before. The present study is the first global assessment of their numbers. The study results show that in the neotropical rainforests of America (such as Amazonia), palms are more than five times more numerous than in comparable Asian and African forests.

Bob Muscarella at Uppsala University in Sweden and Thaise Emilio at the University of Campinas in Brazil led this initiative with over 200 co-authors from 48 countries. Drawing from existing networks of forest plots (including forestplots.net, PPBio, Rainfor, AfriTRON) as well as data contributed by individual researchers, the authors compiled a huge database of 2,548 plots and then quantified palm numbers relative to other tree species in the sample plots.

Muscarella explains: “To get a better understanding of tropical forests and reduce uncertainty about carbon balance in these ecosystems during climate change, we summarised data to show how the number of palms vary around the world compared with other tree species.”

Christine B. Schmitt, a senior researcher at ZEF who contributed to the study, adds: “It is crucial to pull together forest plot inventory data that were collected by different scientists around the world. This article shows that the combined value of local data sets for global analysis is huge, as we still need to learn more about global patterns of forest diversity and how they are affected by a changing climate. Understanding the species diversity patterns in tropical forests is crucial to resolve how these forests function and how vulnerable they’re going to be to disturbances and climate change in the future.”

Palm trees differ from other tropical trees in anatomy and physiology. Being monocotyledons (the seed produces only one first leaf, or cotyledon), palms are more closely related to grasses than to the deciduous trees of the tropics. These differences may have far-reaching implications when it comes to estimating uptake and storage of carbon in tropical forests, as well as their resilience to climate change. The new study provides knowledge with a vital bearing on further research into both of these aspects.