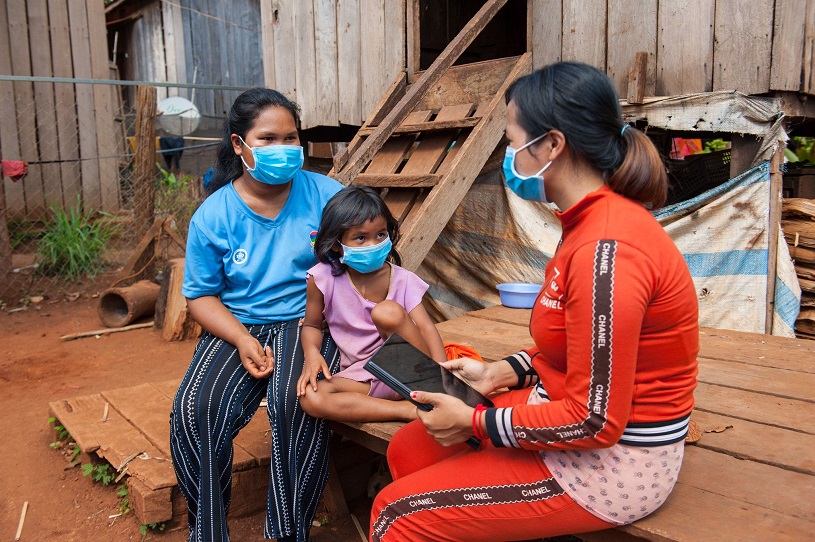 The coronavirus pandemic is threatening to exacerbate poverty in Cambodia. However, thanks to a database, people are now receiving support quickly.

With just 130 cases of COVID-19 and no fatalities, Cambodia might initially appear to have remained largely unscathed by the pandemic. However, the economic impact of the pandemic is all the more evident: the dip in tourism resulted in significant losses, and many major sewing factories have closed because goods can go no longer be exported.

Those worst affected by the crisis are the poorest among Cambodia’s population of 16 million. Even before the pandemic, around 15 per cent of people were living below the poverty line. They are now receiving swift financial support. The support is being distributed via a database set up by the Deutsche Gesellschaft für Internationale Zusammenarbeit (GIZ) GmbH in collaboration with the Cambodian Government.

On behalf of the German Federal Ministry for Economic Cooperation and Development and with the support of Australia’s Department of Foreign Affairs and Trade (DFAT), GIZ has been working to reduce poverty in Cambodia since 2006. It was for this reason that GIZ set up the IDPoor platform, which is based on a system that uses simple, uniform criteria to register the poorest people in the country. Community representatives collect the data through local surveys. The platform was already in use before the pandemic to provide those in need with free health care and access to clean drinking water and give free school meals to children. Cambodia’s Ministry of Social Affairs is now also using this database to provide financial support to those in need during the pandemic. This support is to be made available to 2.3 million people in 560,000 households over the next six months.

IDPoor offered a fast and flexible response to the pandemic: people can now register with their local authorities themselves to ensure that they are added to the database much more quickly. Plans had already been drawn up to expand the database step by step by 2022. As a result of the coronavirus, this expansion was instead completed in just two months. At the end of May, 50,000 people were added to the system in a mere ten days. However, this major support during the pandemic is down to the systematic, long-term work that was put in to creating the IDPoor database, which has now ensured that it can be used quickly. The first payments are to commence immediately, and people should receive initial instalments at the end of the month.