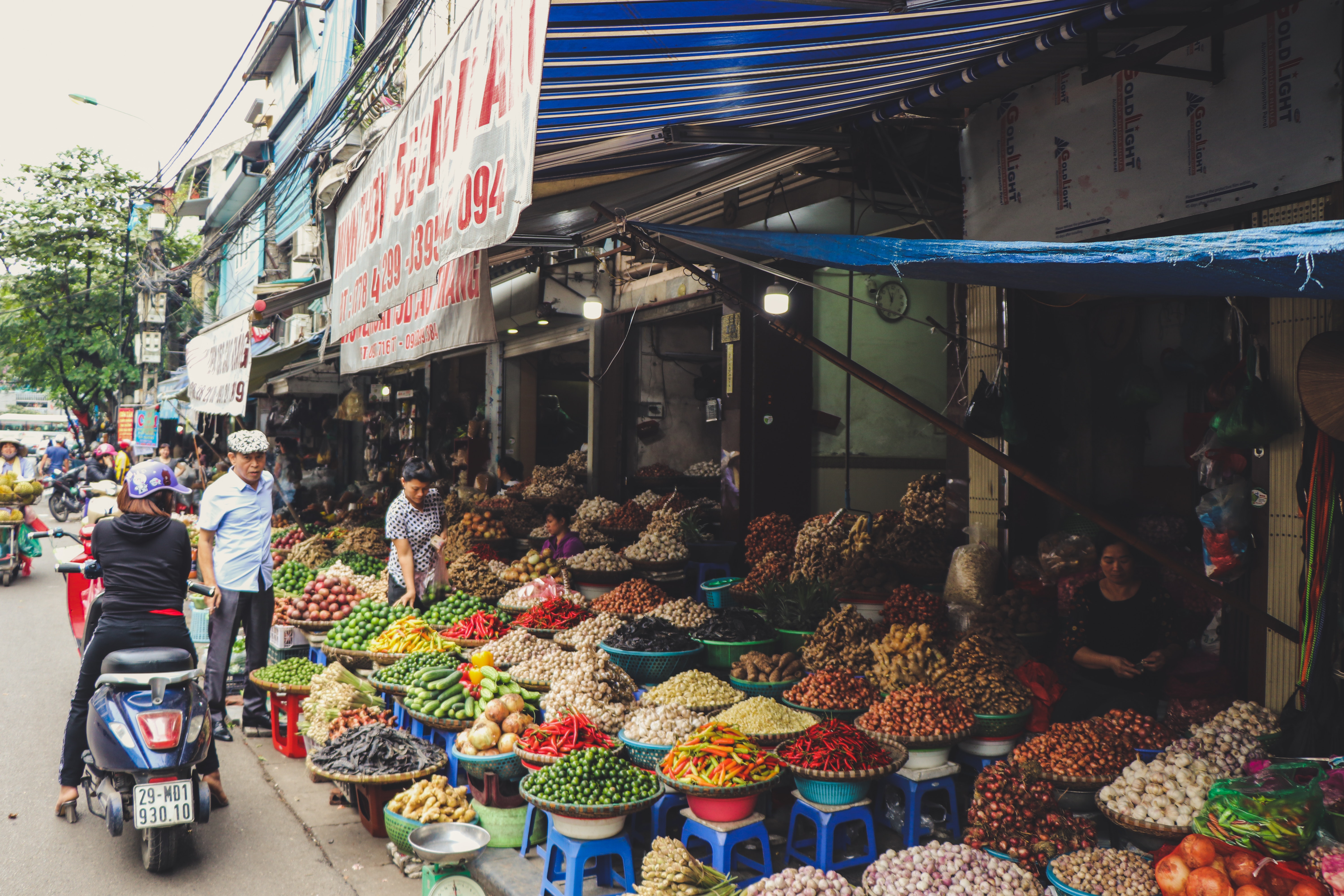 The novel corona virus, SARS-CoV-2, which is the causative agent of the current COVID-19 outbreak, has caught the world by surprise with devastating consequences for national health systems and the global economy. However, health experts have been warning about the pandemic risk of zoonotic spillovers for years, highlighting the need for integrated surveillance systems at the human-animal interface. Combining surveillance data on humans, animals and wildlife into an integrated system can improve detection and lead to more rapid response.

Zoonotic diseases are diseases that are transmittable between animals and humans, usually originating in wildlife populations, involving domestic animals as intermediate hosts before spilling-over into the human population. The US Center for Disease Control (CDC) has estimated that 60% of all human infectious diseases are of zoonotic origin. They include many ancient diseases, such as rabies, influenza and tuberculosis, as well as most of the recently emerging diseases, such as Ebola, SARS and Zika. According to the CDC, 75% of newly emerging infectious diseases are zoonotic. The question for health experts is, therefore, not if new zoonotic disease will emerge, but when and where the next zoonotic outbreak will occur and how effective early-warning systems can be set up and rapid-response strategies established.

Animals and humans competing for space and habitats

The key driving forces behind the increased zoonotic disease spillover are an increased contact between humans and animals. Human population growth and economic development worldwide are leading to higher food demand, particularly for animal protein, consequently bringing about agricultural intensification. Additionally, expansion of human settlements, agricultural land and resource extraction is resulting in human encroachment into wildlife habitats, thus intensifying the contact between wildlife, domestic animals and humans. Destruction of natural ecosystems and wildlife habitats is forcing wild animals to live closer to human settlements in their search for food. Some animals are adapting so well to urban life that they become part of the urban fabric, thereby posing a continuous risk of pathogen exchange with humans.

Markets, particularly so-called wet markets that are common in Asia, form an important hotspot of potential zoonotic spillover. The high density of humans coupled with the high density of diverse animal species (both dead and alive) in these tight markets induce close contact between wild and domestic animals and their sellers, traders and buyers. It is this close proximity that triggers the exchange of pathogens and thus enables the potential emergence of novel zoonotic diseases. Elizabeth Maruma Mrema, the acting executive secretary of the UN Convention on Biological Diversity urged the global community to ban wet markets to avoid future zoonotic disease outbreaks. While such measures appear reasonable in light of the current COVID-19 outbreak, it is important to look at the issue from a holistic perspective and to consider and assess the impact on livelihoods as well as the potential shift of animal trade to the black market. An outright ban could, therefore, result in an exacerbating situation. Adequate regulation and monitoring of wet markets may be a more viable strategy to minimize the risk of zoonotic spillover exerted by these markets.

Hunting and bushmeat trade in Africa

Another important opportunity for pathogen spillover is created by the bushmeat trade, which is particularly prevalent in African countries. On the one hand, bushmeat hunters are exposed to wildlife diseases and, subsequently, are potential carriers of pathogens into their communities. On the other hand, slaughter, handling, transport, and consumption of bushmeat facilitates pathogen exchange and the potential spread of zoonotic pathogens into the wider population, particularly when adequate regulations and monitoring are not in place or enforced. Next to these prominent examples of zoonotic spillover hotspots, there are numerous cases around the globe, where close proximity between human populations and domestic and wild animals are inducing pathogen exchange and consequently zoonotic disease emergence. So it was only a matter of time when a zoonotic pathogen was to emerge that is capable of human-to-human transmission.

Cooperation beyond national borders and academic disciplines is needed

We are living in a globalized world, where people, living animals, animal products and goods move and are traded freely across borders and between continents. So in the end it does not matter where a new disease emerges as pathogens can spread quickly, threatening the entire global population. Therefore, it is necessary that all countries collaborate and collectively develop strategies for integrated surveillance and the prevention of zoonotic diseases. The complex relationships at the human-animal-environment interface that give rise to threats posed by zoonotic diseases, require interdisciplinary expertise and inter-sectoral collaboration to make the development of effective and sustainable interventions possible. The interdepended relationships between economic development, food production, livelihoods, ecosystem integrity and health need a careful and holistic approach, therewith calling for system-oriented, integrated approaches to health.

Working out an international ‘One Health’ approach

Recognizing this necessity in the aftermath of the 2006 H5N1 Influenza (bird flu) and the 2009 H1N1 Influenza (swine flu) outbreak, the World Health Organization (WHO), the World Organisation for Animal Health (OIE) and the Food and Agricultural Organization of the United Nations (FAO) ultimately set up the Tripartite Collaboration Agreement. This Agreement aims to prevent and manage zoonotic diseases along with their economic, social, and public health impacts. Parallelly, academia saw the revitalization of the ‘One Health’ concept, which implies that the health of humans, animals and the environment are intrinsically interconnected and interdependent. And though the ‘One Health’ concept is accepted more and more by countries world-wide, the implementation of it is still being hampered by intersectoral conflicts, lack of funding and power imbalances.

The concept of ‘One Health’

The ‘One Health’ concept originated from veterinary medicine and is usually traced to Calvin Schwabe, who coined the term “One Medicine” in 1964. Schwabe was basically referring to the commonalities between human and veterinary medicine and calling for collaboration between the medical disciplines. At the 2004 “One World, One Health” Conference, the Wildlife Conservation Society formulated the twelve Manhattan Principles that underline the interlinkages between humans, animals and the environment, stress the importance of integrated approaches to understand the complex disease dynamics and to develop preventive strategies. Today, ‘One Health’ is commonly defined as “the collaborative effort of multiple disciplines working locally, nationally, and globally to attain optimal health for people, animals and our environment”. Although the ‘One Health’ concept has expanded in scope, zoonotic diseases remain its main concern. Understanding the dynamics of zoonotic diseases, implementing integrated surveillance systems and developing prevention strategies are among the key aims of ‘One Health’.

First lessons to be learnt from COVID-19

The current COVID-19 outbreak has revealed the need for the early detection of zoonotic outbreaks as well as for global early-warning systems to prevent zoonotic spillovers from turning into pandemic threats. The ‘One Health’ approach offers an integrated, interdisciplinary perspective on the dynamics of zoonotic disease emergence, it enables us to identify critical control points, and develop prevention strategies. The adoption and implementation of ‘One Health’ at the local, national, and global level need to be accelerated to prepare the world in a better way for detecting and controlling the next lurking zoonotic diseases.

More information on the One Health Project in which ZEF / University of Bonn is a partner at: https://www.zef.de/onehealth.html