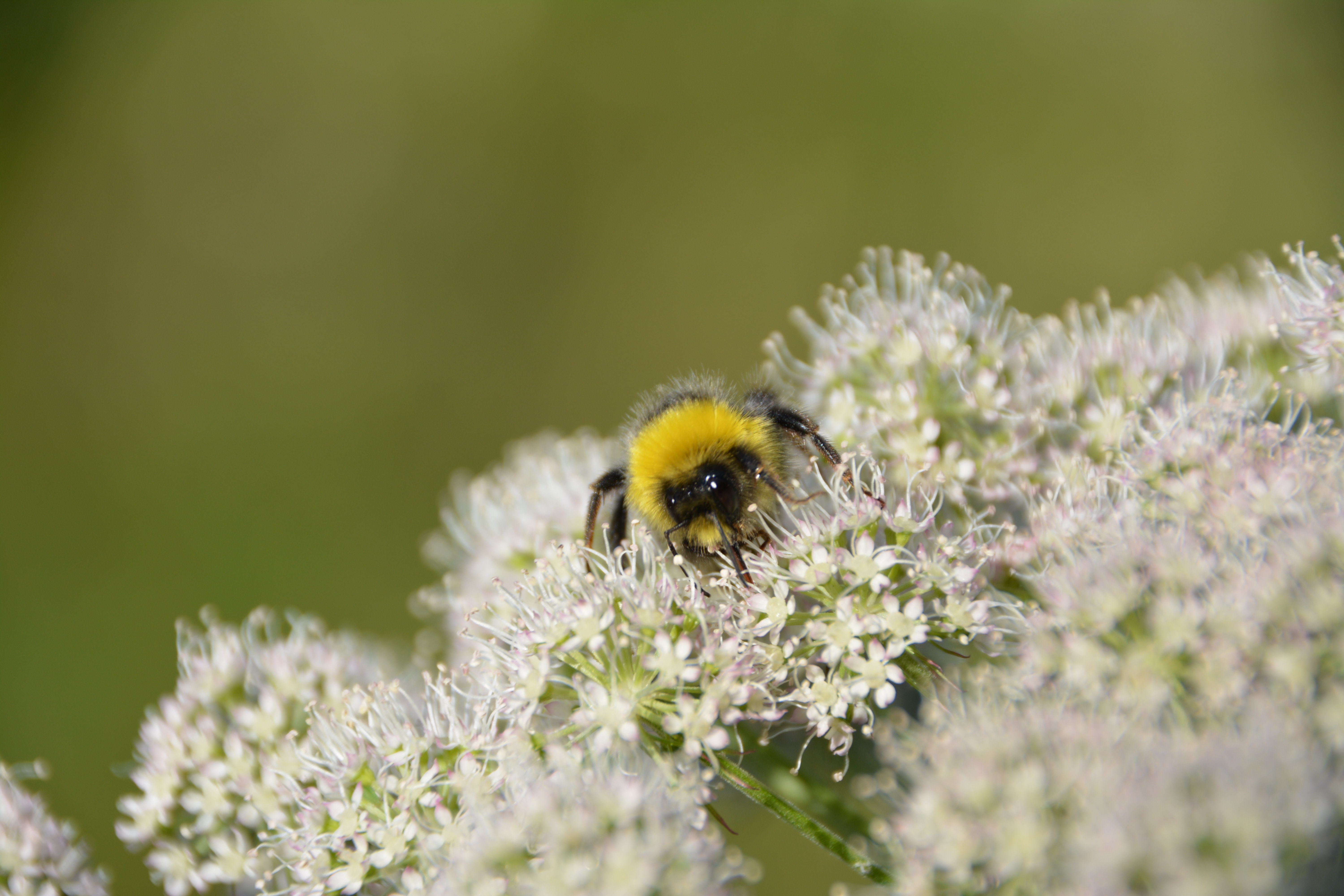 Just a few weeks ago, everyone was talking about plummeting insect numbers. Academic discourse focused on three main causes: the destruction of habitats, pesticides in agriculture and the decline of food plants for insects. A team of researchers from the Universities of Bonn and Zurich and the Swiss Federal Institute for Forest, Snow and Landscape Research WSL have now demonstrated for the first time that the diversity of food plants for insects in the canton of Zurich has dramatically decreased over the past 100 years or so. This means that bees, flies and butterflies are increasingly deprived of their food base. The study, which is representative for all of Central Europe, has now been published in the journal “Ecological Applications”.

“Over the past 100 years, there has been a general decline in food plants for all kinds of insects in the canton of Zurich,” says Dr. Stefan Abrahamczyk from the Nees Institute for Biodiversity of Plants at the University of Bonn. The homogenization of the originally diverse landscape has resulted in the disappearance of many habitats, especially the wetlands, which have shrunk by around 90 percent. Human settlements have spread more and more at the expense of cultivated land, and the general intensification of pasture and arable farming has led to a widespread depletion of meadows and arable habitats. The researchers compared the abundance of food plants of different insect groups, based on current mapping for the years 2012 to 2017, with data-based estimates from the years 1900 to 1930 in the canton of Zurich (Switzerland).

The food plants of specialized groups of flower visitors are particularly affected by the decline. For instance, the Greater Knapweed (Centaurea scabiosa) is pollinated by bumblebees, bees and butterflies, as their tongues are long enough to reach the nectar. The decline is particularly dramatic for plant species that can only be pollinated by a single group of insects. In the case of Aconite (Aconitum napellus), for example, this can only be done by bumblebees because the plant’s toxin evidently does not affect them.

Overall, all plant communities have become much more monotonous, with just a few dominant common species. “It’s hard for us to imagine what vegetation looked like 100 years ago,” says Dr. Michael Kessler from the Department of Systematic and Evolutionary Botany at the University of Zurich. “But our data show that about half of all species have experienced significant decline in their abundance, while only ten percent of the species have increased.”

Residents with appropriate botanical knowledge helped with the current survey. They mapped the entire canton of Zurich by plotting an area of one square kilometer each at intervals of three kilometers. The focus here was on the different types of vegetation and the abundance of different plants. “Without the assistance of more than 250 volunteers, who not only mapped the current flora but also processed the historical collections, a project of this scope would not have been feasible,” says Dr. Thomas Wohlgemuth of the Swiss Federal Institute for Forest, Snow and Landscape Research WSL, who initiated the mapping project ten years ago with the Zurich Botanical Society.

The most important source on the earlier flora in the canton of Zurich was the unpublished manuscript of Eugen Baumann, a collection of about 1200 handwritten pages. It contains precise and detailed information on the abundance and distribution of plant species before 1930. Dr. Abrahamczyk researched which of the listed species belong to those flowering plants that are visited by insects in search of pollen and nectar. The “customers” include bees, bumblebees, wasps, butterflies, hoverflies, flies and beetles.

Dr. Abrahamczyk has been working on pollination biology for about ten years. He wrote his doctoral thesis at the University of Zurich, then conducted research at the LMU Munich and joined the Nees Institute of the University of Bonn in 2014. When, in late 2018, his former doctoral supervisor, Dr. Michael Kessler, suggested that the recently completed mapping of the canton’s flora be combined with pollinator data, Dr. Abrahamczyk was immediately enthusiastic – also because this subject is highly topical. “The laborious literature search and analysis then took some time, and now the study could finally be published,” says the scientist from the University of Bonn. “The results are transferable to the whole of Central Europe with minor regional restrictions.”