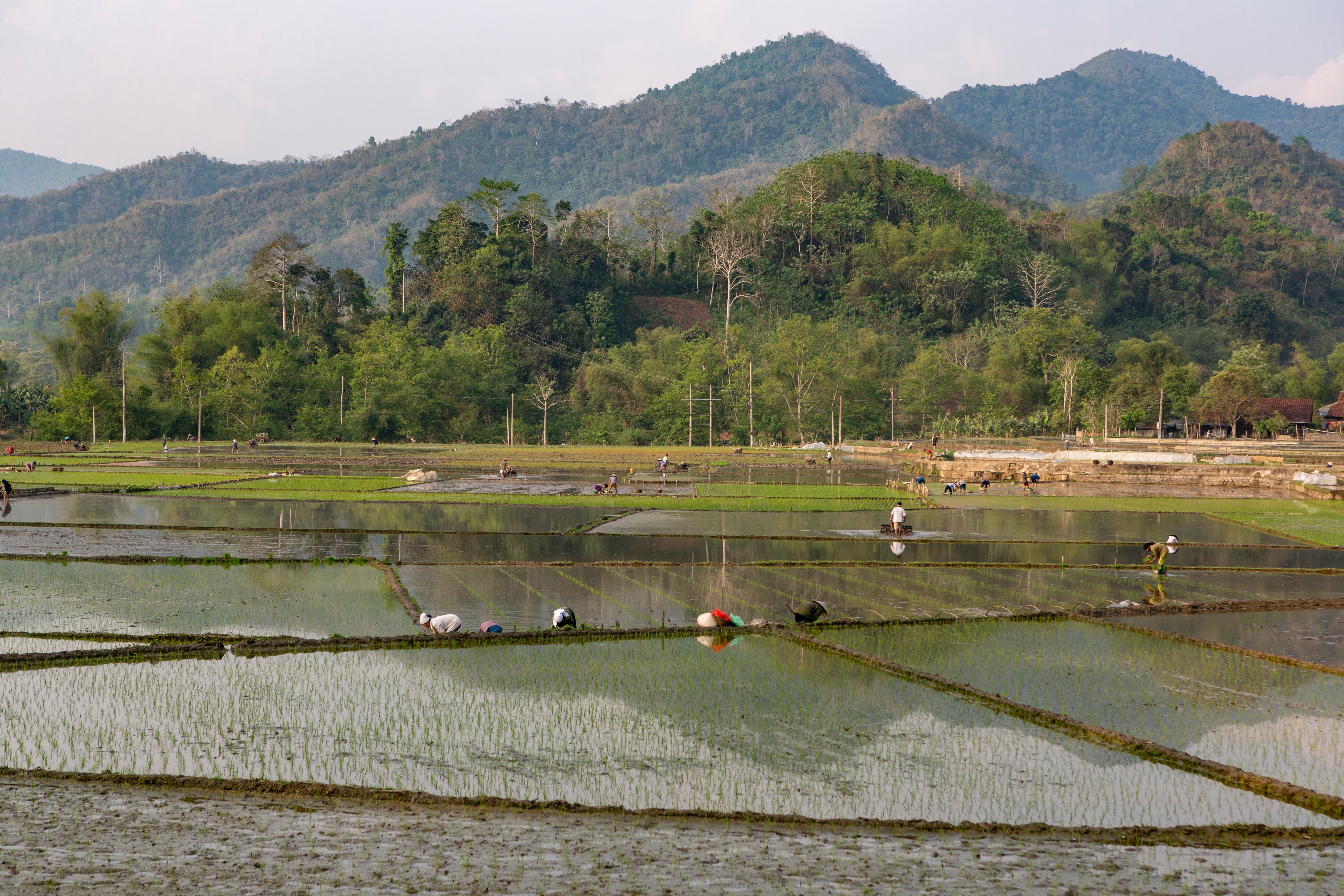 Hoai Pham, a former PhD researcher at the United Nations University Institute for Environment and Human Security and Cologne University, has successfully defended her doctoral thesis. Pham rode a motorbike through the two largest deltas in Vietnam, conducting 850 household interviews to research trends and patterns in livelihood change: Encompassing different disciplines that have been seldom studied together before she studied the environmental and social factors that drove Vietnamese households to change their livelihoods.

Some households stayed within the agricultural sector, such as from rice farming to shrimp farming, while more and more villagers moved from the fields to cities to find jobs. Many assume that when households change their livelihood, it is because it wasn’t profitable enough and one failed to make an adequate income. “My research showed that this is not the case at all, but that they were just proactively moving towards new opportunities that would provide them with a better quality of life, which led to perpetual social-ecological dynamics,” said Pham.

It is true that ecological and environmental factors sometimes led to a change in livelihood. Increasing salinity intrusion resulted in some of the rice fields becoming damaged by saltwater, and some were forced to change to shrimp farming instead. Some were forced to change from rice to shrimp farming because the neighboring farms, having already switched to shrimp, raised the salinity level of the fields, making the fields unsuitable for rice farming. But it was also seen that some chose shrimp over rice simply because shrimp was more profitable, and led to more income. “There is a strong relationship between anthropologic activities and ecological changes: in many coastal areas, the more people change from rice to shrimp farming, the ecological setting of the area changes, leading to a more saline environment, and this forces the remaining rice farmers to change to shrimp. There are both proactive and passive changes happening together.”

In the case of cross-sectoral livelihood change, usually from agricultural to industrial and service sectors, economic drivers played a large role. It is easy to assume that one goes to the city to look for work because working at the farm is not feasible or profitable enough. However, at the household level, the reality is very different. In many cases, for instance, parents usually continue to work in the fields, and this generates enough income that they are able to send their children to the cities to study at universities and find jobs. The children, in turn, are able to send money back to the family, leading to a better quality of life for the entire household in the long-term.

There are persisting environmental issues, both manmade and natural, which will only get more severe as time passes. Land degradation from intensive shrimp farming, as well as more extreme weather events, such as droughts or sea level rise, could be a problem. More people could be forced to change their livelihoods in the future. “But with or without climate change, in both cases, socio-economic factors are important in explaining livelihoods change at the household level,” said Pham, “and the government and policymakers should maintain a dialogue with the farmers to ensure more sustainable pathways in changing or improving livelihoods.”

Pham conducted her research as part of DeltAdapt at UNU-EHS, which analysed the environmental and social changes on delta ecosystems. Having finished her research at UNU-EHS and University of Cologne, the newly minted PhD Pham sees research as a lifelong profession. “Either here or there, I know that I want to do research. Environmental issues are getting hotter and hotter every year, the climate is changing and there is still a lot of work that needs to be done.”