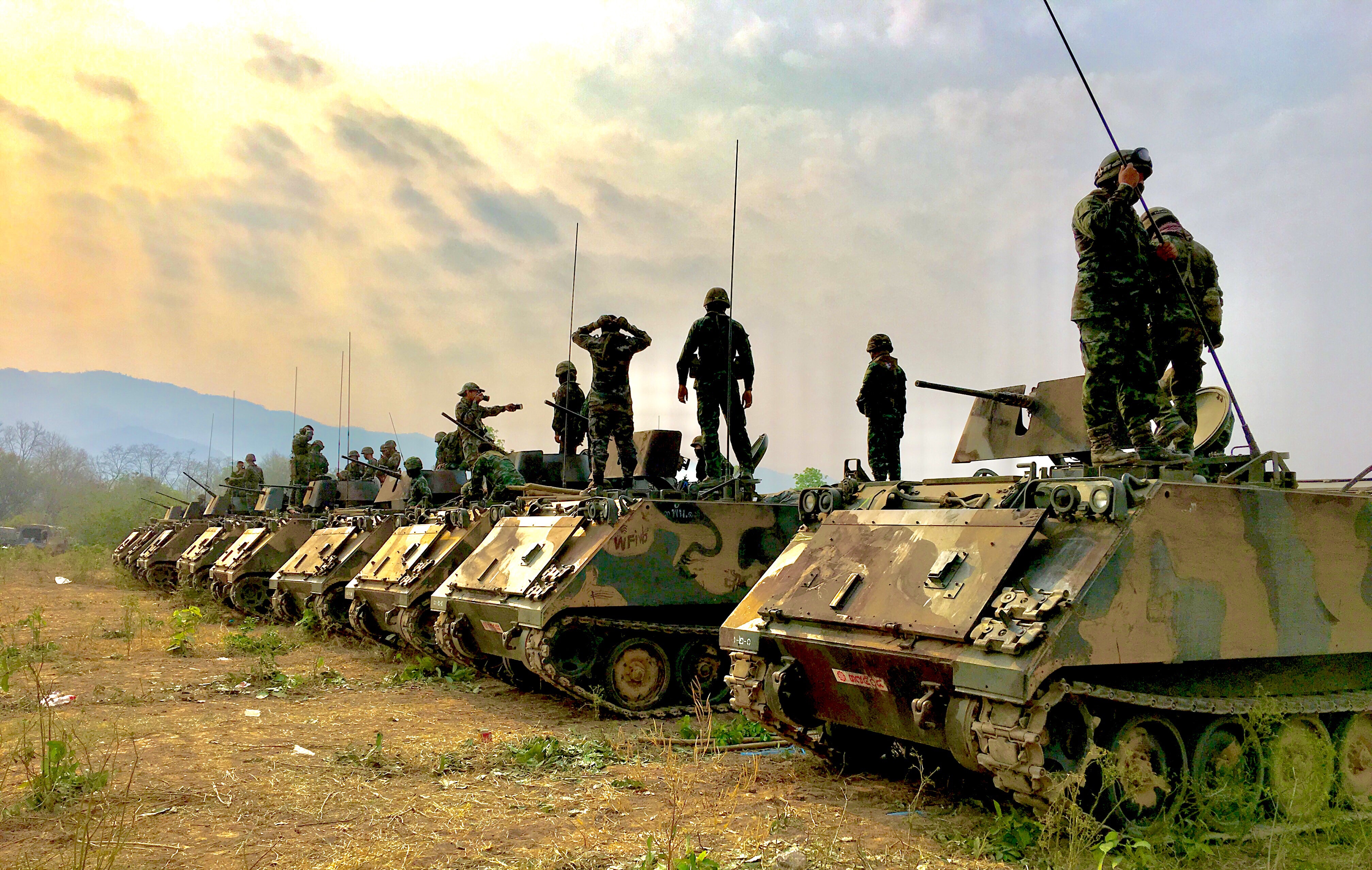 The question of military investments by Germany and its partners in the European Union and NATO has played a major role at the recently concluded Munich Security Conference. Every year, the Global Militarisation Index (GMI)by the Bonn Peace and Conflict Research institute presents the relative weight and importance of a country’s military apparatus in relation to its society as a whole. The GMI also investigates regional trends in militarisation—in 2019, it focuses on eastern Europe, European NATO and EU-countries.In this year’s GMI ranking, the ten countries that provided the military with particularly large amounts of resources in relation to other areas of society are Israel, Singapore, Armenia, Cyprus, South Korea,Russia, Greece, Jordan, Belarus and Azerbaijan. The authors Max Mutschler and Marius Bales put one the regional focus of the GMI 2019 on Europe (eastern Europe / NATO and EU-countries), which is represented in the TOP 10 alone with six countries. Russia (ranked 6th), for instance, continues to sustain one of the largest military forces in the world. It modernised its equipment and expanded greatly its defence technological capacities over the past few years. Since 2016 (US $82.6 billion), Russian military spending, however, has decreased markedly to US $64.2 billlion in 2018. NATO countries in Europe are again continuing to arm themselves pointing to ongoing tensions with Russia. This is in particular the case in the Baltic and eastern European countries that launched long-term arms programmes on a considerable scale in 2018 and 2019. “The increase in military spending in EU-and NATO-countries is partly attributable to the increased pressure that US President Donald Trump is placing on the NATO partners regarding the sharing of costs within the alliance (two per cent target by 2024)”, explain the authors, Dr Max Mutschlerand Marius Bales.

In contrast to Norway (position 32) and Finland (position 17), Germany moved to position 97 in the GMI 2019 and so retains its position in midfield. With US $49.5 billion, Germany takes eighth place globally for military spending. “It is due to the economic strength of the country that the share of German military spending as a proportion of GDP is a moderate 1.2 per cent”, Mutschler and Bales explain. However, in Germany, too, a further increase in spending on arms is to be expected in the future: “In the 2020 budget, more money is allocated for military operations abroad of the German Armed Forces (Bundeswehr) and for obligations as part of NATO. About US $10 billion are intended to be invested in modernisation and new purchases of weapons systems, such as new transport helicopters and assault rifles”. The GMI 2019 also analyses trends in the Middle East and Asia. The countries in the Middle East are all highly militarised by global standards. In view of the tense security situation, Israel is again at the top of the global ranking in 2019. The list of highly militarised countries in Asia is headed, as in previous years, by Singapore (2nd position). In absolute figures, China (ranked 94th) invests most in its armed forces in a regional comparison. Other countries in the region are increasingly investing in their armed forces, citing the various conflicts with China.

Links between militarisation and state fragility

For this first time, this year’s GMI also looks at the link between militarisation and state fragility. A comparison of the GMI with the Constellations of State FragilityProject of the German Development Institute / Deutsches Institut fu r Entwicklungspolitik (DIE) points, for example, to a connection between the particularly low level of militarisation of a country and its limited ability to provide pivotal state-run services for its citizens “One has to be able to afford militarisation in the first place”, Mutschler and Bales state. “Thus, it tends to be countries rich in resources (such as Russia, the Gulf states) or those with well-functioning economies (e.g. Israel, South Korea, Finland) that invest large amounts in their militaries”. In countries, however, whose governments are not in a position to provide basic state services (that is low-capacity states) not many resources are likely to flow into the military. Conversely, however, this does not mean that the highest possible level of militarisation is desirable. Among the most highly militarised countries, one can find a particularly high number of low-legitimacy states, such as Russia and Belarus, Saudi-Arabia, Iran, Vietnam and Thailand. “It is precisely unfree or autocratic political systems that invest a lot of money in their military. One explanation for this is that autocratic elites often support their rule using a strong military, which they must then provide with appropriate financial and staffing resources”, Mutschler and Bales write.

The GMI 2019 covers 154 states and is based on the latest available figures (in most cases data for 2018). The index project is financially supported by Germany’s Federal Ministry for Economic Cooperation and Development.