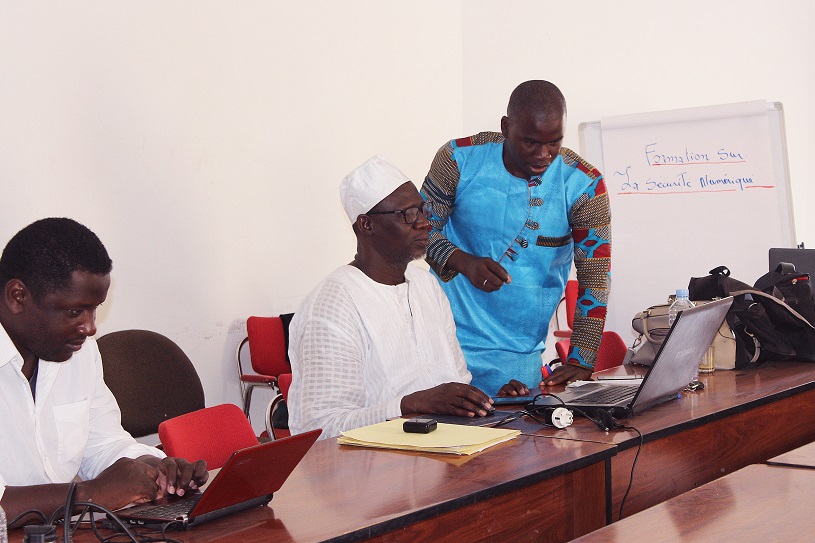 Online surveillance and censorship are a daily reality in many countries. An example from Mauritania illustrates how human rights defenders and media workers are learning to protect themselves as they navigate the digital world.

Human rights apply on the internet just as they do in the analogue world. The requirements made of digital security are constantly changing at a time when the internet is increasingly being monitored, hacked and exploited for fake news and hate messages. The German Federal Ministry for Economic Cooperation and Development (BMZ) is promoting the digital security of media workers and human rights defenders and campaigning in support of freedom of expression online.And Mauritania is no exception: critics have a particularly hard time of it here. Media workers who report on issues such as slavery and discrimination risk prosecution and imprisonment. A law was passed in 2018 making blasphemy punishable by death. Following protests in the wake of the elections in summer 2019, the internet was switched off for several days and a large number of bloggers and activists were thrown into prison.On behalf of BMZ, the Deutsche Gesellschaft für Internationale Zusammenarbeit (GIZ) GmbH is helping to build digital expertise amongst Mauritanian media workers and human rights organisations so that they can use the internet as safely as possible despite these restrictions. Local and international digital experts have now trained the first 13 trainers in digital security.

One of them is Mouhamed Sarr, a human rights activist who supports an alliance of 16 civil society organisations. He now regularly shares his newly acquired knowledge of online risks and privacy protection with his network. Defending against hacker attacks and ensuring secure surfing are among the daily challenges facing everyone. ‘My knowledge is prompting other people to change their behaviour,’ Sarr says. ‘They now run computer updates regularly and use protection software to fight online tracking.’

Sarr and his fellow trainers have remained in contact via the internet after finishing their training, meaning that they get tips from their trainers that they can use in their work. Mauritania’s first 30 ‘Champions for Digital Security’ are now better equipped for their work in the digital world. There are plans to continue the scheme and roll it out to other countries.