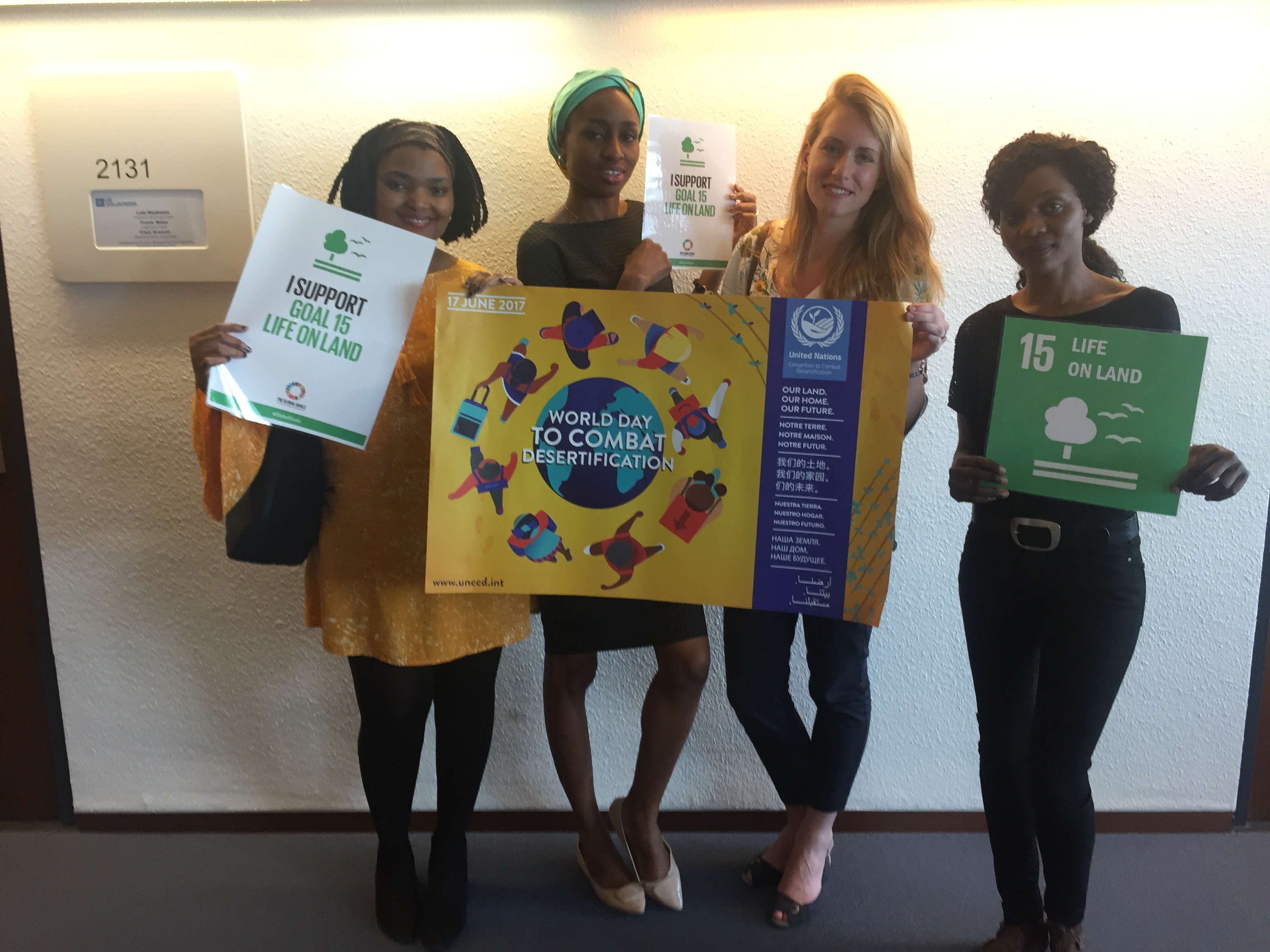 Students and young professionals were panellists at a discussion hosted and organised by the United Nations Convention to Combat Desertification (UNCCD) in Bonn, Germany. Themed “Land degradation neutrality: our land, our home, our future”, and commemorating this year’s World Day to Combat Desertification, the panel discussion was held on 16 June 2017. In his opening remarks, Dr Richard A Byron-Cox, Action Programme Alignment and Capacity Building Officer at UNCCD, discussed how the changing climate is affecting our livelihood and lauded youngsters for taking part in the discussion. “It is vital to give young people the platform to share their ideas. After all, the future belongs to them,” Dr Byron-Cox.

Crucial issues that were discussed incorporated: engagement of young people in addressing the land issues; land degradation neutrality and its importance to our future; importance of land as the essential bio-productive element for the future and the role of capacity building marketplace in supporting sustainable land management. While introducing the panellists, Magdalena Annerbo, moderator of the discussion and a student from the University of Bonn, explained that droughts are endangering the lives of millions around the world hence rising migration statistics. One of the panellists Daniel Gonzalez Carmena, an Intern at the Capacity Building Marketplace, UNCCD, thought the discussion was an eye-opener because it tackled how to spread awareness about desertification and land degradation issues and that it was a good example of how people should engage to solve problems, especially young people.

Aida Toe, a young professional from Burkina Faso, was positive about the future as long as young people take part in the activities that help to protect their land. “We need to preserve our land for future generations. Pollution alone can reduce the number of years of a person’s life. But I believe we can overcome challenges with initiatives such as the Great Green Wall that is helping to combat the effects of climate change and desertification,” said Toe.

The floor was also opened to the audience to provide their own views or ask questions. The main concern from the audience was how to get young people to be the agents of change. In response, a panelist and student from Jamaica, John Paul-Smith suggested using social networks since they provide the best platform for people to engage in burning issues. But one audience member argued that using social networks may not be a ‘one size fits all’ approach as in some parts of the world people are too poor to afford smartphones. In closing, Dr Byron-Cox promised that the ideas that were shared during the discussion would be considered by UNCCD and once again urged young people to organise more discussions about such important issues.