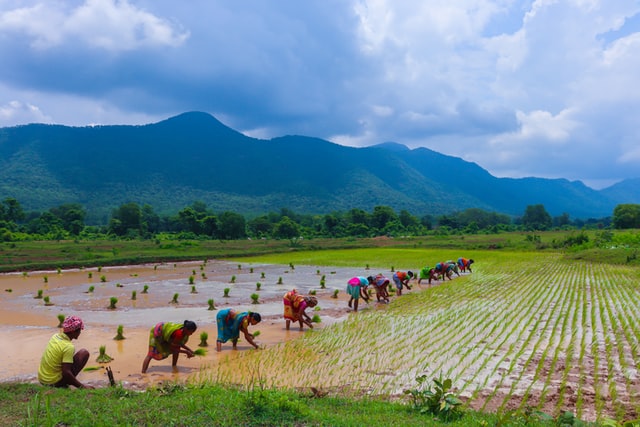 Gender equality and peacebuilding are two key objectives of German development cooperation. But are both objectives and their interlinkages taken into account sufficiently when putting development policy into practice? A DEval evaluation in several post-conflict countries seeks to answer these questions.

More and more German development programmes and projects are implemented in fragile contexts. This refers to circumstances where the state monopoly on violence is not reliably upheld and the state is not in a position to provide basic social services. Frequently these are countries affected by conflicts, the consequences of which often affect women especially severely.

At the same time, women are known to play a decisive role in conflict prevention and in peacebuilding. To protect the rights of women and to include them equally in peace negotiations and conflict resolution are therefore essential goals of UN Resolution 1325, which was adopted by the United Nations Security Council on 31 October 2000. The German Federal Government has translated these goals into national strategies.

The question was addressed in terms of two dimensions:

The existing procedures for gender mainstreaming are suitable in principle for anchoring the promotion of gender equality in post-conflict contexts.Studies on the outcome level show that in areas such as “overcoming trauma” and “increasing income”, individual projects achieve relevant outcomes. These do not only meet practical needs but also contribute to empowering women and changing gender roles.

In practice, however, the procedures are rarely used in a way that consistently anchors the promotion of gender equality in the projects.Their potential is therefore not being maximised systematically enough.

The evaluation recommends that the German Federal Ministry for Economic Cooperation and Development (BMZ) should anchor the promotion of gender equality in post-conflict contexts at the strategic level.The same applies to the implementation of the “Women, Peace and Security” Agenda. Furthermore, these goals should be reflected in the country strategies.

In every post-conflict country, the BMZ should examine whether to promote a project that pursues peace and security along with gender equality as principal objectives.Such projects are especially relevant in post-conflict contexts and support the implementation of the “Women, Peace and Security” Agenda.

The BMZ and the implementing organisations should consistently institutionalise protection and complaint mechanisms against sexual misconduct. Sexual and gender-based violence is widespread in many post-conflict contexts even after the conflict has ended. Development cooperation projects must respond to this environment and minimise the risk that the projects could leave target groups or staff exposed to sexual violence or exploitation.