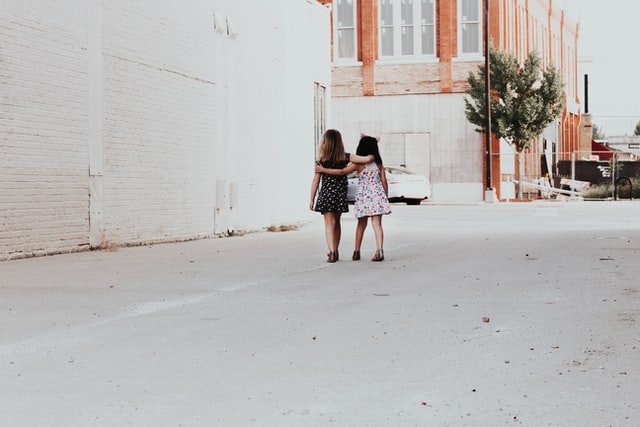 Achieving social justice in service delivery in the health, social welfare, and humanitarian sectors is still a formidable challenge in most developing countries. Poor and marginalised people generally lack the voice to make their demands heard and the awareness to claim their rights. However, social accountability initiatives have become a promising way to address these issues

Traditional ‘democratic’ accountability mechanisms such as elections are failing citizens. In response, citizens have set up a range of initiatives to demand the respect of civic, political and social rights and improved performance of public service delivery in the interest of citizens. Such social accountability initiatives are targeted at holding the state and service providers accountable and are – under certain conditions – proving rather effective.

What can we learn from these initiatives?

A lively panel discussion at the recent ISS EADI 2021 Conference showed that such initiatives can contribute to social justice in a number of ways, contributing for example to equitable participation or respect for diversity. The participants discussed how these can be supportive to the transformation of power relations between marginalised groups and the state or other duty-bearers such as humanitarian agencies. Convened by Elsbet Lodenstein and Sylvia Bergh), the panel reviewed experiences from the humanitarian, health, and sexual and reproductive health and rights sectors in several countries where participating researchers conducted case studies. Social accountability initiatives have been used to demand accountability and adherence to political mandates in the following contexts and ways:

What can we learn from the case studies about the potential of social accountability to contribute to social justice? The key takeaways of the panel discussion are summarised here:

1. Ensuring the ‘right to have rights’ is a crucial first step in enacting change.

Many social accountability initiatives are based on the assumption that citizens are able and willing to express their voice in the face of injustice regardless of their gender, age, class, sexuality, or education and regardless of their experiences with and position vis-à-vis the state. Yet many citizens are discriminated against, whereby intersecting identities can influence the way in which citizens engage with the state and the way in which they participate in social accountability initiatives. For example, Jashodhara Dasgupta noted how the recent Indian law on transgender persons has made no provision for ensuring gender non-conforming individuals’ access to public goods and denied them adequate protection from violence and discrimination. This makes it challenging for these groups to develop the confidence to call for accountability and take collective action. Donors and funders in conflict settings may also need to be more aware of how different social markers may constrain the possibilities for exercising voice. For example, Thea Hilhorst highlighted how internally displaced people, and within that group, minority groups, such as the Rohingya in Myanmar, cannot be reached by formal accountability initiatives.

Jashodhara Dasgupta and Y.K. Sandhya suggested that for marginalised groups, their own realization that they are rights holders, i.e. having ‘the right to have rights’, needs to become a primary focus of social accountability initiatives. Attention could be drawn to this by strengthening of the political capabilities and negotiation skills of marginalised groups to articulate and voice demands. Doing so means moving beyond just improving service delivery or effectiveness of humanitarian interventions to strengthening the agency of citizens in a way that can help further equitable participation towards changing the norms of engagement that challenges power relations.

2. Your understanding of your role in society may influence how engaged you are in pursuing social justice.

Research plays a significant role in unpacking the assumptions about agency, motivations, and capabilities of intermediary organisations such as health committees or community governance boards in voicing demands on behalf of citizens. Afeez Lawal talked about how health committees in Nigeria have helped to improve dialogue between health service providers and users. For example, they facilitated joint monitoring with traditional leaders, enrolees and health providers to demand from programme managers that they address drug stock-outs and preferential treatment of non-enrolees. But, he noted, their ability to influence larger political agendas remains limited. This was confirmed by Seye Abimbola based on his own research in Nigeria. He found that the perceptions of health committee members of their roles influence their level of engagement in social justice agendas. For example, they could consider themselves either representatives of the health sector aiming to improve the uptake of services and/or advocates for communities and patients. In general though, the way in which health committees are created and trained, tends to limit committee members’ sense of legitimacy to challenge governments and service providers, thus giving them a marginal role in fostering social accountability.

Interlocutors or agents that catalyse change were viewed as crucial by many of the discussants. These individuals or associations are allies of citizens that share a common goal in helping to address injustices. They may have resources or networks that make it possible for them to connect individuals or groups to each other or to find ways to communicate with government officials, whether formally or informally. Often, as Seye Abimbola suggested, these may be the local elite who have the resources to bear the costs of participation and who have the connections to make a difference.

The identification of interlocutors who speak for marginalized groups requires longer-term and in-depth participatory research such as conducted by Y.K. Sandhya and her team in India. Interlocutors might be individuals who act on behalf of citizens in their individual capacity; an example is a clerk of a health facility with whom the NGO informally built relation of trust and who pushed for internal reforms to intensify community-based monitoring. Interlocutors might also be members of grassroots organisations – Sandhya noted that legitimate and established community-based organisations, such as the grassroots association of marginalised women in India, are able to navigate institutions, identify opportunities for legal and policy change and identify opportunities for support by influential actors who want to reverse situations of marginalisation and poor accountability. Other organisations with fewer resources might struggle more with this. It’s therefore crucial to find individuals who know how to navigate the institutional landscape and who hold power to facilitate dialogue or strategic action.

4. Community initiatives can and should support each other.

Lastly, social accountability initiatives need intensive, long-term support from funders in the humanitarian and development sectors. Sylvia Bergh flagged the danger of technocratisation of social accountability initiatives by donors, who often frame them as a technical and neutral process that leaves political struggle aside. If more initiatives would build on existing solidarity groups and indigenous forms of collective action and get support from these groups, the chance of enacting meaningful change would be much greater.

5. Questioning own assumptions can help academics do better research.

The panel was concluded with an observation by Elsbet Lodenstein that (operational) research is required to break down assumptions about the voice, behaviour, and agency of citizens, civil society and institutions and to understand how context influence these. Too often, external interventions in humanitarian and development sectors are based on problematic assumptions about how and why citizens act for change, or how and why governmental actors and other dutybearers react to social accountability initiatives.  Researchers can support the development of grounded, contextualised and ‘smart’ approaches to social accountability in terms of whom to engage, where to push the needle, and how to leverage existing forms of collective action by adopting methods of longer-term (participatory) research and in-depth analysis.

Elsbet Lodenstein is a senior governance and gender advisor at the KIT Royal Tropical Institute in the Netherlands with over 15 years of experience in international development. She has a keen interest in gender and power dynamics in development, the politics of service delivery, citizenship and women and girls’ empowerment.

Sylva Bergh is Associate Professor in Development Management and Governance at the International Institute of Social Studies (ISS) in The Hague, the Netherlands and senior researcher at the Centre of Expertise on Global Governance at The Hague University of Applied Sciences