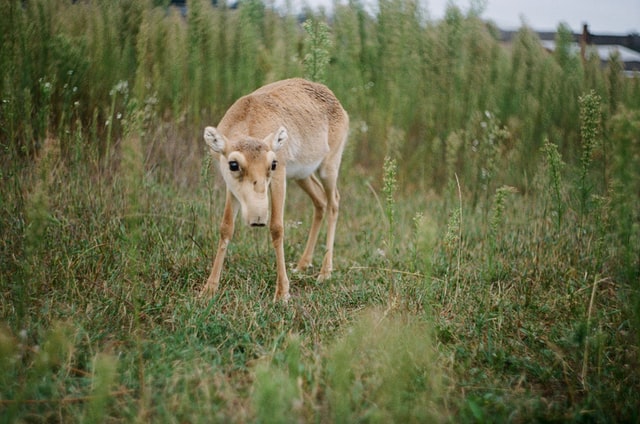 Kazakhstan, Mongolia, the Russian Federation, and Uzbekistan agreed on new joint conservation measures to conserve the Saiga Antelope under the United Nations’ Convention on the Conservation of Migratory Species of Wild Animals (CMS). For the next five years, the international Work Programme for the Saiga Antelope will provide a new framework to conserve and sustainably use the species throughout its migratory range.

The new Work Programme was agreed at the Fourth Meeting of the Signatory States to the CMS Memorandum of Understanding concerning Conservation, Restoration and Sustainable Use of the Saiga Antelope (Saiga MOU) held online on 28 – 29 of September 2021.

The agreed Work Programme considers different approaches to Saiga conservation depending on the individual status of the species in the four range states. While the population is dwindling in Uzbekistan, it has increased tenfold in Kazakhstan since 2015. In both Mongolia and Russia populations are increasing but still remain low.

The Meeting also endorsed the report “Sustainable Use of the Saiga Antelope: Perspectives and Prospects”, prepared by the Saiga Conservation Alliance on behalf of the CMS Secretariat, in close consultations with all Range States. The report seeks to guide the establishment of sustainable use of Saigas, where this is possible, taking into account population dynamics and threats to Saiga antelopes across the range. According to the report, the current number of Saiga in the Ural population in Kazakhstan is sufficiently high for the Government to consider sustainable harvest of the animals.

The most recent population counts have shown an increase in Saiga numbers in three Range States, and especially in Kazakhstan, where the total population of Saigas has increased from about 83,000 in 2015 to 842,000 in 2021.

The conservation efforts of the Range States, scientific institutions, and NGOs facilitated by the CMS and CITES Secretariats have played a significant role in this positive dynamic. Range States and NGOs reported on current conservation programmes, including anti-poaching efforts that were stepped up in recent years.

Yet, threats to Saigas, such as wildlife disease, poaching, human-wildlife conflict and barriers to migration persist and can have devastating effects, especially in smaller populations. Over the next five years, Governments will continue to address these threats.

Saiga Antelopes rely on their ability to migrate over large distances to avoid unfavorable weather conditions and are prone to mass die-off events. In 2015 about 200,000 Saiga antelopes perished due to a combination of disease and extreme weather events.

The meeting was organized by the CMS Secretariat and hosted by the Ministry of Natural Resources and Environment of the Russian Federation.