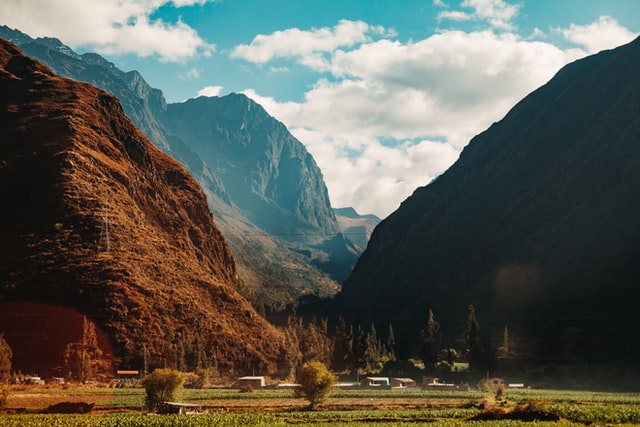 Climate change requires rethinking development. Yet, in the (understandable) rush to support adaptation, this has taken place within the structures and process of existing development paradigms. As a consequence, similar to well-known critiques of the development architecture, many adaptation-interventions reproduce both the development problems and the skewed power relations that have contributed to vulnerability in the first place.

There is an increasing realization among adaptation scholars and practitioners alike that much-needed adaptation finance risks going into projects that are inefficient or even make matters worse for the most vulnerable groups. This worrying message was raised in a meeting with the Norwegian Minister for Development in late 2018. An international team then set out to critically examine past studies of adaptation interventions to identify the ways in which this is manifested, and why.

The terms retrofitting, accumulation by adaptation, and coercive transformation describe some of the mechanisms that lead to such negative outcomes from adaptation interventions. Our recent studybuilds on growing worries among researchers and practitioners that the ‘dark sides’ of transformation  and adaptation need to be taken seriously if we are to move towards socially just and sustainable futures rather than the opposite. So, let us unpack some of these gloomy terms:

Retrofitting refers to rebranding existing development efforts as adaptation. There is a temptation for this to happen, especially in development activities that address climate-sensitive sectors or livelihoods. An increase in income or a strengthening of livelihoods is conflated with increasing generic adaptive capacity, at the same time as neither the context-specific risks posed by long term climate change, nor the social drivers of vulnerability are explicitly understood or addressed. These are for example dispossession and loss of access to drought grazing, inequitable land distribution, conflict, or skewed power relations.

Adaptation funding is often redirected to support existing development agendas and vested interests, such as privatization of resources, environmental conservation or different forms of ecological modernization. Problematically, then, funding may serve to entrench rather than question unsustainable practices, social exclusion, top-down knowledge processes and inequitable power relations. In both modes of retrofitting, the false assumption that development equals adaptation leads to a failure to engage with debates on what adaptation success should look like. Without this, existing development agendas and perceptions of ‘good development’ are also left to define adaptation success, and the monitoring and evaluation metrics and short-term project goals “lock in” and create incentives for developments that may be contributing to vulnerability rather than addressing it.

Undoing the risks of retrofitting requires instead a critical examination of how existing development agendas and the related development apparatus may be serving the interests of the least vulnerable and contribute to marginalizing populations. Such a critical examinationshould include funding structures, knowledge systems, institutions, as well as implementation tools and instruments.

Accumulation by adaptation is closely related to retrofitting and describes the way in which already-powerful members of a community may “capture” and monopolize project resources, capitalizing on their own privileged access and in so doing, further marginalizing those who are most vulnerable. The design and implementation of adaptation interventions are often organized through local elites – community leaders, or those with the highest level of education – who are known to agency staff, or adaptation projects are directed to areas where development organizations are already present.

This may facilitate fast-tracking of the implementation of activities – but it does so at a cost, often exacerbating established skewed power relations and uneven distribution of resources. In such cases, adaptation interventions may inadvertently end up reinforcing existing inequalities in the distribution of decision-making authority, as well as social inequalities.

Given how any intervention is necessarily nested in political dynamics, it is particularly problematic when climate change adaptation projects end up being implemented as techno-managerial interventions. When implemented without taking the political context or conflict dynamics into proper consideration, projects can lead to an unintentional reproduction of the political and social status quo, and a further marginalization of the interests and needs of the least powerful people.

The importance of recognizing the political context in which adaptation projects are designed and implemented in is illustrated starkly by the recent military coup in Myanmar. The coup d’état has garnered widespread international attention, and compelled development agencies worldwide to reconsider their engagement with the new military government. The considerable political power of the military is not new in Myanmar though, and their role in the hybrid military/civilian government led by Aung San Suu Kyi over the past five years has also been contested internally, particularly by ethnic minority groups. For instance, ongoing research by Marianne Mosberg at NMBU has revealed that large-scale climate-related projects implemented by UN agencies and international NGOs in south-eastern Myanmar have been criticized by Karen civil society groups for collaborating more with the central government than with local actors.

The Karen people, who have been fighting for greater autonomy  and self-determination over land and natural resources since 1949, have raised concerns that these projects undermine their authority and interests while strengthening the capacity and legitimacy of what they see as an oppressive state. In July 2018, these concerns led to a formal complaint lodged against a UNDP-led environmental conservation project retrofitted with climate change adaptation-objectives, for violating the rights of indigenous people and potentially undermining the national ceasefire agreement. The project has since been suspended and is under review. The case of Myanmar illustrates how well-intended projects that conflate pre-existing definitions of good development (environmental conservation) with adaptation can end up reinforcing injustices that drive vulnerability if it does not take the political context into sufficient consideration.

A further injustice that risk being reinforced by adaptation projects is captured by the term coercive transformation, the worrying prospect that social transformations  become tools of oppression by imposing livelihood transformations on marginalized groups. Transformative measures aimed at shifting practices, politics and knowledge are increasingly recognized as crucial in order to achieve socially just climate resilient development. However, if uncritically retrofitted to current development agendas instead of addressing fundamental development problems, they will exacerbate rather than reduce vulnerability.

That adaptation projects potentially have a dark side that can lead to adverse outcomes for marginalized groups is not surprising. We see time and time again how well-intended efforts for social improvement leads to the opposite when ideas of ‘good development’ come at the expense of the interests of marginalized groups, who see their livelihoods forcibly transformed. A recent example is the Kisumu City Urban Renewal Agenda in Kenya, a programme, which aims to build a smart, resilient city and support long-term improvement to economic, physical, social and environmental conditions.

Despite a formal requirement for stakeholder participation, Kisumu City Council has, as part of its renewal programme, demolished informal settlements to make room for construction of a modern market, threatening the informal businesses which are the mainstay of small traders. This particularly risks exclusion for poor women who are disproportionately represented among informal traders. Adaptation interventions are emerging around the world aiming to resettle people from areas considered at risk from climate disasters or shifting people into more ‘modern’ or ‘resilient’ livelihoods. Interventions that are carried out in a top-down fashion motivated by elite conceptions of the need to ‘transform’ the vulnerable poor risk becoming tools of oppression and further marginalization.

Rather than repeating development mistakes, adaptation should be an arena for learning and experimenting with new ways of how to explicitly support social justice in a context of long-term environmental change. Such learning will only be possible if we are prepared to use that arena for critically rethinking development. There is a need to articulate more clearly what constitutes adaptation success and maladaptation in different contexts and for different groups with diverse interests, values and socio-political positions in society. The findings of our study make the case  for shifting the terms of engagement with vulnerable contexts and flipping knowledge relations so that adaptation success is defined by the lived experiences and perspectives of those groups often considered vulnerable and whose voices remain unheard in decision-making.