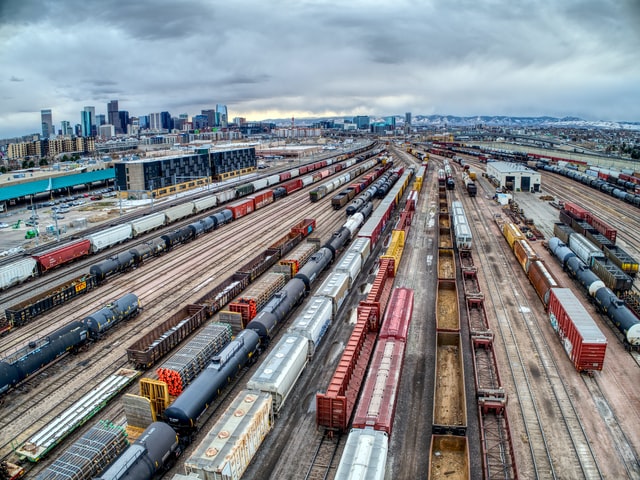 What is the economy? Speaking to the NGO Our Economy, one interviewee described the economy as “a giant blob or mass that feels like it has its own consciousness.” In popular and academic discussion of the economy it can seem like we’re talking about a child or pet that we have to nurture. The economy is often portrayed as self-aware entity, something separate from but dependent on us. What will happen to “the economy” because of the coronavirus? Have we “sacrificed” the economy to save lives?

But if we see the economy as something to be cared for, we also fear it. How will the economy respond if we mistreat it? When the time comes, how many livelihoods will be sacrificed at the altar of the wrathful economic deity?

The idea of the economy as a cross between a dependent child and vengeful god emerges from the stories we tell ourselves about what the economy is and what it could be. These stories shape our institutions, like businesses and governments. People in power believe certain stories about the economy. They then act as though these stories were true. And so the stories become our reality.

Under neoliberalism, economists and policymakers have come to act as though the economy is something outside of society. They can try to steer it, but basically, they have to appease it. Let it do its own thing lest its vengeful wrath is thrust upon us.

Exchange value versus other forms of value

Markets are based on exchange value. Two people come together and agree on a common value that they will use to exchange their goods. This is what monetary value represents. All the many ways that we may value a product are squeezed into one single monetary metric when a good is put up for sale. Exchange is an essential mechanism of provisioning. However, it can also be a very limiting mechanism when it becomes too widely applied.

Monetary value cannot possibly capture all the complexities of human needs. Ecological economists point out that there are limits to ‘exchangeability’ of different values. If I buy a plot of old-growth forest for £1000 then cut down the forest to access the oil underneath and sell that for £10,000 then in terms of exchange value, the world is much better off. And yet, I have destroyed a habitat and contributed to global warming. The multiple values of old growth forest are not directly comparable to one another. It is not meaningful to say that the world is richer.

Like other crises, tackling COVID-19 is difficult when the dominant value of society is exchange value. Something like climate change mitigation is a challenge where exchange value is a central societal goal because it requires that we stop using the fossil fuels that provide the basis for 80% of exchanges. Tackling COVID-19 requires health systems are universally available and have sufficient resources available to them. This is difficult because universal health care systems are not based on the principle of exchange. And where health care systems are more exchange based (as in the US), they do not tend to deliver more or better health care. As Tim Jackson points out, life expectancy at birth is lower in the USA than in several other countries with a lower gross domestic product per capita. So tackling threats like Covid (and climate change) requires taking resources out of more profitable activities and putting them into less profitable activities. This process goes against the core logic of markets and market society.

Alternative ways of organizing our resource use are evidenced around the world. We know that states are powerful institutions able to marshal huge resources to produce things that aren’t profitable. Likewise, there is long history of commons based organizing of production. Indeed, even though this is marginalized in the northern hemisphere there are still many examples of such practices – look at Wikipedia, for example. No production method is perfect. But neither are markets.

What the more open story of feminist and ecological economics offers us is the chance to use different production methods that have different logics to produce different types of value. To truly tackle COVID-19, climate change and other crises, we need to expand our understanding of the economy in order to foster an economy that can use all of the possible ways of structuring our use and distribution of resources.

Challenging the market dominance of our current economic story will not be easy. Market dominance is baked into both our collective economic imaginations and material structures. On the one hand many of us simply cannot picture a world that is not dominated by markets. On the other, markets favour many powerful players, who would end up losing money and influence in a society less dominated by markets.

The first step to challenging market dominance is reclaiming our economic story. Only once we understand that the economy is inherently social and material can we begin to think about changing it. Recognising that the economy is made up of relationships between classes and systems we can begin to focus attention on shifting these relations. Universal basic income and universal basic services are popular proposals to shift the core relationship between workers and employers. The idea is that giving workers economic security removes or weakens the ability of employers to compel people to work in bad jobs. But there are other and more established ways to shift this relationship. Trade unions have long been a bastion of worker power and organizing within unions remains a good avenue for struggle.

Simon Mair is a Lecturer in Circular Economy at the University of Bradford. His research is funded by the Centre for the Understanding of Sustainable Prosperity