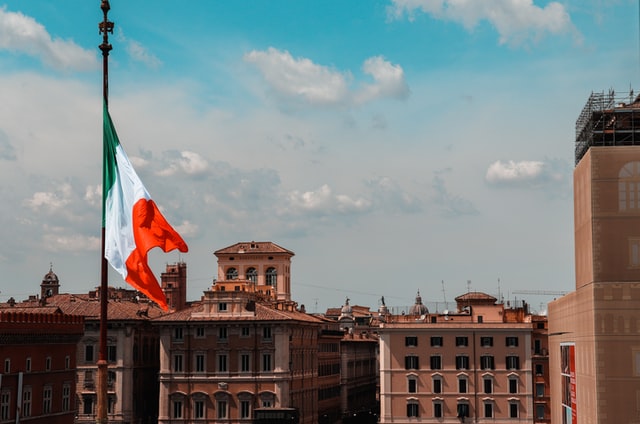 Multilateralism reached its low point in 2020 with the crystallization of the confrontation between major global powers, the further rise of nationalism, deglobalisation and trade protectionism that even threatened access to medical products and more recently Covid-19 vaccines in the midst of a pandemic. The latter profoundly affected global health, peoples’ livelihoods, and deteriorated existing systemic problems, from climate change to inequality, and intensified national reflexes as the G20 leaders turned their focus on domestic management of COVID-19. All these factors stood in the way of a successful G20 Riyadh Summit in November 2020 and still dominate the multilateral landscape in 2021.

The G20 Italian Presidency confronts such unprecedent challenges with an approach based on three broad and interconnected pillars of action: People, Planet and Prosperity. The agenda and attached priorities look beyond the immediate crisis by promoting a sustainable, just and resilient recovery, coherently with the spirit that inspires both the European New Green Deal and the European vision embodied in the Next Generation EU. Beyond the rhetoric of the three Ps, a set of key cross-cutting issues and three major areas of policy action seem to emerge from the Italian Presidency statements, documentation and early action.

Digital transformation, considered as both fundamental tool for a better quality of life and engine of increased inequalities, involves multiple G20 Working Groups such as Digital Economy, Labour, Education, Energy transition and climate sustainability, Health, Trade and Investment, and the Finance Track. Regarding the digitalization of industries, the G20 Italian Presidency shows a particular focus on micro, small and medium-sized enterprises’ (MSMEs) access to emerging technologies, by leveraging trustworthy Artificial Intelligence (AI) and promote traceability of products and services through blockchain technology. On the role of government in the digital transformation, it aims at further development on agreed digital government principles and the concept of secure digital identity.

The G20 responds to the health crisis by adopting a broader perspective to global health integrating human health with that of animals, plants and our shared environment in a holistic “One Health” approach.

The empowerment of women and youth is also pivotal in the 2021 agenda affecting multiple areas of cooperation, as they are deemed to play a crucial role in the promotion of a sustainable recovery.

The G20 Italy support to the Sustainable Development Goals (SDGs) and actions towards the mitigation of the pandemic crisis in the most vulnerable countries where health systems are less equipped, keeping a special focus on the African continent.

The economic crisis originated from the global pandemic amplified existing vulnerabilities and inequalities, reversing decades of progress in the eradication of poverty. Building on the realizations of the Saudi Presidency in the development domain, especially the G20 Support to COVID-19 Response and Recovery in Developing Countries and the G20 Financing for Sustainable Development Framework, the G20 agenda in 2021 will adopt a multi-dimensional approach through the advancement of Integrated National Financing Frameworks (INFFs) for the identification of financing needs and tools to support sustainable development of low-income countries.

In line with the Debt Service Suspension Initiative (DSSI) and the Common Framework for Debt Treatments beyond the DSSI adopted during the 2020 Presidency, the Italian G20, with a stronger role for the Development Working Group (DWG), seeks to identify guidelines and instruments to ensure that freed up resources are invested according to agreed global targets such as the SDGs.

The pivotal line of action of the G20 process in 2021 will engage the nexus between sustainable energy transition and climate change, as decisions taken in the next months are likely to determine the global fiscal and political space for climate action for the next decade.

The effectiveness of the G20 process in support of the energy transition and sustainable recovery would benefit from coordinated action with other relevant global processes. In this respect, the possible mutual synergies with the UK Presidency of G7 given the concomitant UK-Italy COP26 joint Presidency provide a unique opportunity to drive the global agenda to address simultaneously the multiple crises affecting the globe.

The Italian Presidency fosters members discussion on innovative energy technological solutions, green finance and the role of smart cities for a sustainable recovery.

Trade and investment flows experienced significant disruption due to the Covid-19 pandemic, even if growing complexities in the global trading system in the pre-Covid-19 world, such as increasing tensions between major global actors and the rise of global value chains, already weakened the global trade governance and lead to the current crisis of the World Trade Organization (WTO).

The Italian Presidency encourages discussions on different proposals of WTO reform, following up on the 2020 Trade and Investment Ministerial Meeting Communiqué and the Riyadh Initiative on the Future of WTO.

Two other central priorities and deliverables of the Italian G20 are i) MSMEs access to trade finance and the proposal to introduce an international passport to enhance their participation to international markets and global value chains (GVCs); ii) strengthening the resilience of GVCs of medical products and vaccines in order to prevent export restrictions, stockpiling and other forms of vaccine nationalism.

The future of multilateralism in a post-Covid World

Despite the postponement of the COP26 to November 2021, the Italian G20 Presidency has the opportunity to lead the progress of climate negotiations in a context of improved international relations, given the Biden Administration decision to rejoin the Paris Agreement. Italy has a strategic interest in promoting global cooperation on decarbonization considering its leading role in several renewables sub-sectors. At the same time, its traditional attention towards debt relief may favor initiatives for low-income countries’ investment in adaptation and mitigation strategies.

Nevertheless, if the intention of the international community to achieve the SDGs and proceed with the Paris Agreement is concrete, G20 initiatives such as the “Common Framework” has to be upgraded to the scale of the current crisis and coupled with debt cancellation measures, involving private sector creditors, multilateral development banks, and more than a subset of developing countries.

In the same spirit, the Italian G20 should formally launch a deliberative dialogue platform to help identify and resolve controversial issues on WTO reform. Extraordinary challenging times request for ambitious targets, such as building mutual trust among all the involved stakeholders, both in developed and developing country, without any intent to replace the WTO.

The international system is currently undergoing a real structural change. Other than the trends towards unilateralism discussed above, different directions lie ahead as it is becoming increasingly clear that the major global challenges that we face, from pandemic, to climate change, digital transformation, and economic recovery all are intrinsically transnational in nature.