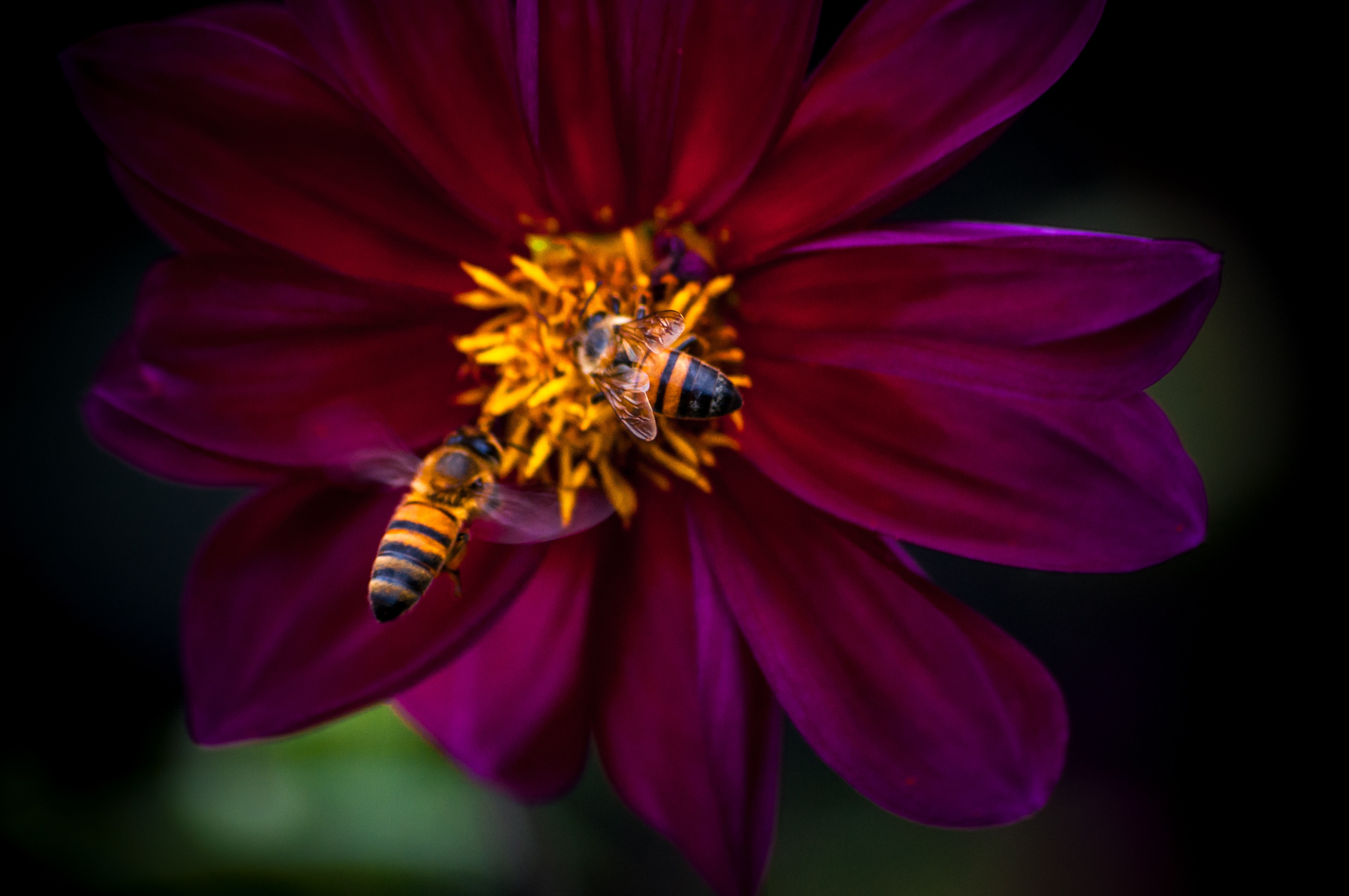 Insects are among the most successful creatures on the planet. But they’re in decline and that would have serious consequences for the world. Entomologist Josef Settele talks to DW about stopping the insect die-off.

Creepy-crawlies are among the oldest life forms on this planet. Before dinosaurs ever walked the Earth, insects were certainly already there. Some estimates date their origins to 400 million years ago. They’re also extremely successful. Of the 7-8 million species documented on Earth, around three quarters are likely bugs.

But several insect species could disappear for good in the next few decades and that would have serious consequences for humans.

Insects like bees, butterflies and even certain species of beetle and ant incidentally pollinate our crops when they collect protein-rich pollen and sugary nectar, ensuring we have enough to eat.

DW spoke to Josef Settele, a professor and entomologist at the Helmholtz Centre for Environmental Research (UFZ) in the eastern German city of Halle, about whether we need to worry about our food and how politics and business could intervene to halt the insect decline.

Settele was in the global spotlight in May 2019 when the United Nations IPBES Global Assessment Report on Biodiversity and Ecosystem Services was published. In the report, the entomologist and his colleagues determined that around 1 million plant and animal species are threatened with extinction.

Insects are being hit particularly hard. The scientists estimate that around 10% of all insect species are threatened with dying out over the next few decades — and that’s a conservative calculation.

DW: In the report, you conclude that in some world regions 40% of wild, pollinating insects, particularly wild bee species, are already facing extinction. Why don’t we just put up bee boxes and hives everywhere?

Josef Settele: That will only help so much. The wild cousins of the honeybee don’t necessarily live under the guardianship of humans. And the honeybee is responsible for pollinating only a certain percentage of our crops. For instance, they pollinate just a small portion of our apples. Wild pollinators whether they be hoverflies, bumblebees, or other insects like butterflies are more important in this regard.

So my apple harvest could be less bountiful if the honeybee is the only species available to pollinate it?

Correct but even more importantly, certain plants can’t be pollinated by honeybees in the first place. Bumblebees, for instance, typically pollinate broad beans. Honeybees can’t do much here really.

Broad-bean blossoms are closed and the bumblebee can easily force its way in with its wide body. Another example is alfalfa, an important forage crop that is dependent on the bumblebee. Honeybees just can’t get into the blossom.

What would the global community have to fork out if all pollinating insects suddenly disappeared and our food crops had to be pollinated by hand?

Global pollination [by insects and other animals] is worth at least $235 billion a year, according to our conservative estimates. And you’d really have to expend considerable resources to imitate the animals‘ pollination performance. Humans just haven’t mastered the technique. Look at the use of brushes. The yields are always paltry in comparison to natural pollination.

The other question is: where in the world am I doing it? If I’m in a country where the labor costs are low, then it could provide some kind of alternative. But there would be no point in trying that in Germany, for instance. Your apples would suddenly be 10 times more expensive when you take our labor costs into account.

Considering those prospects, you would think that politicians and businesses would have a big interest in stopping species loss. What courses of action are there for policy makers? What shape would pollinator-friendly politics take?

Many different factors contribute to the disappearance of insects but a lot of it is very much connected to our land use. A more sustainable use of our land needs to be encouraged. That could be achieved by, for instance, having a higher diversity of habitats and by reducing pesticides, particularly insecticides.

We really need policy that would heavily promote the production of sustainable products. So, groceries that require fewer pesticides and make more sense from an energy perspective. That means eating more plants in our diet and fewer animal-based products.

I’m not a vegetarian but the strong preference in Europe and North America for consuming meat, has to change. Our high meat consumption fuels the demand for soy, which is used as a feed for cattle. By importing soy from South America, we’re contributing to species extinction. That’s because forests and areas that were full of species-rich ecosystems are often turned into plantations. These are grave changes that are causing habitats to disappear.

But are large, blooming monoculture plantations not good for wild pollinators?

Pollinators need more than just food. They need nesting habitats. Solitary wild bees lay their eggs in holes in the ground or hollow stems, the likes of which are mimicked in insect hotels. Those are basically reproductions of the shelters found in nature and where they lay their eggs.

What can I do as an individual?

Being aware of the impact of how you consume is a good start, although, that is often difficult to navigate. It’s always a good idea to make sure you’ve got a diversity of flowering plants around your home. Even just getting in touch with nature is good.

So, just get outside into nature?

Yes! Out into nature. And bringing nature to your own front door.