Mercy Mashingaidze: My research examines some of the social costs of international migration on sending societies. Much of the research addressing the impact of migration on sending societies has tended to focus on development and remittance issues. Whilst these issues are crucial, too much focus on them eclipses other costs of migration. Following this line of thinking, my research analyses how migration affects family life. I do so by examining how the post-2000 ‘crisis-driven’ migration of Zimbabweans to the United Kingdom (UK) has reshaped their family life. The study is mainly based on narratives from migrants, as well as perspectives from selected members of their “left-behind” families. The migrants incorporated in this research;

The selected “left-behind” family members incorporated in the research comprise spouses, children, parents and siblings who are guardians of “left-behind” children or custodians of migrants’ assets and investments in Zimbabwe.

Notwithstanding the significance of the regular exchanges among transnational family members in the form of remittances and constant communication/virtual co-presence facilitated by various communication technologies, my study interrogates what prolonged geographical separation of close family members implies for family life.  I pay particular attention to how transnational family life has modified the following; everyday functioning (responsibilities, decision-making, and communication), cultural rituals that are performed upon marriage, birth of a child or upon death, as well as issues around the upholding of ‘Zimbabwean’ culturally valued aspects of family life.

Brief Background to the research

Between the years 2000 and 2009, Zimbabwe plunged into what came to be known as the “Zimbabwe crisis”, which manifested itself in various ways. The peak of this crisis was in 2008 when Zimbabwe recorded an annual inflation rate of 231 million percent. In such an inflationary environment; industries collapsed, unemployment levels rose, service delivery deteriorated, and political tensions escalated. The deteriorating situation forced an estimated 3 million Zimbabweans to migrate to various regional and international destinations since the turn of the century. Owing to a shared colonial past among other reasons, the UK became one of the top destination countries for Zimbabwean migrants. Financial constraints and migration policy impediments however, not only restricted families from migrating together, but have also made family reunification difficult.

Estimating the social cost of migration for sending societies, what do you consider to be the most significant loss for Zimbabwean families affected by migration?

Mercy Mashingaidze: It is difficult to categorically measure the social cost of migration for sending societies, hence I consider the most significant ‘loss’ for Zimbabwean families to be multidimensional. it encompasses interconnected temporal, relational, and cultural aspects.

The temporal aspect of the ‘loss’ emanates from the fact that the families in my study have lived geographically apart for periods ranging between ten and fifteen years. The time that they have spent separated by migration can never be recovered. Several parents have missed crucial life-cycle and development stages of their “left-behind” children, some of whom are by now young adults.  Those years are gone, those development stages have passed and are impossible to re-live. I also met spouses that have for more than ten years failed to visit each other, let alone process family reunification. In such cases, the time spent apart has had serious consequences on relationships.

This brings me to the relational aspect of the ‘loss’. The prolonged separation of family members (particularly spouses/parents and young children) is threatening relationships and weakening intimate bonds. The enduring challenge is that intimate relationships like marriage are difficult to sustain if spouses continuously live apart. One of the consequences has been the breaking down of marriages, though I must immediately point out that not all the divorce cases that I came across during my research were because of the time spent living apart.

On the cultural side of the ‘loss’, whilst acknowledging that migration has successfully challenged the perceived ‚rigidity‘ of certain culturally ascribed roles, responsibilities, and practical aspects of Zimbabwean family life, it has shifted power relations at a rate that is faster than any of the family members involved had anticipated, hence many families are struggling to cope. The continuity of some ‘Zimbabwean’ family-related rites performed during marriage, birth of a child or upon death as well as the cultural roles played by mothers, aunts and uncles during some family rituals are slowly being weakened as families continue to be separated by migration.

Mercy Mashingaidze: The analysis of my research findings is still on-going, but what I can say at this stage is that, it appears the financial security of the family unit (enabled by remittances) is being prioritized over the nurturing of actual family relationships.

It is surprising to see that almost twenty years since this migration wave began, it remains unclear when some family members (especially spouses) will eventually reunite. What has also stood out for me is that, on the one hand some migrating family member(s) are convinced that their migration has been financially rewarding for the family, and they therefore feel that it was a justifiable compromise to leave behind their children, spouse, or both. On the other hand, the non-migrating family members (especially children) feel that although they were or still are being well-taken care of financially, they would have appreciated relationship/co-presence more than the financial and material resources. It is a paradox that is perhaps be best understood by those who have experienced it.

Mercy Mashingaidze: My research serves as a reminder of the fact that behind the term ‘migrants’, are human beings who are connected to families, communities, and societies. This reminder reiterates the importance of having efficient migration policies that ensure that as they protect host society interests, they also remain sensitive to the rights of migrants as social beings. It therefore points out areas that may be useful for policy makers when revising laws addressing family reunification issues.

Apart from the policy side, my work can be useful for Zimbabweans as they deal with family-related challenges that have been exacerbated by migration. It also contributes to previous research by adding a somewhat balanced view that looks at both the migrant and non-migrant perspectives on how migration has affected family life. Highlighting both perspectives helps to identify the different positions from which the family-related challenges can be tackled. The research findings can therefore be useful for associations/organizations in both Zimbabwe and the UK that may be interested in offering mediation or counselling services to families that are struggling to cope with migration challenges or organizing seminars/other events that promote the upholding of ‘Zimbabwean’ cultural family values.

Mercy Mashingaidze: Living sustainable daily life calls for a lot of self-discipline. It involves making conscious efforts to save such essential resources as water, electricity, and food. It should start at an individual level but should not end there. I believe in making it a collaborative effort that entails creating awareness and encouraging a resource-saving culture within one’s own social networks.

It is also essential to take self or community-initiated action to for example, fix water leaks as soon as they are identified and devise innovative environmentally friendly ways of waste disposal or recycling in countries where service delivery is ineffective. Individuals can also encourage each other to live in a sustainable way by creating hash tags or other forms of informal awareness campaigns targeting their friends and followers on their personal social media platforms/groups like WhatsApp, Facebook, Instagram etc. 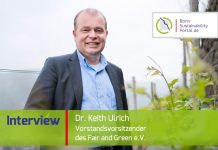 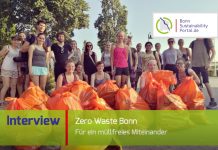 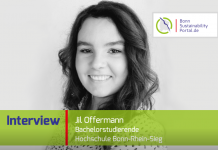