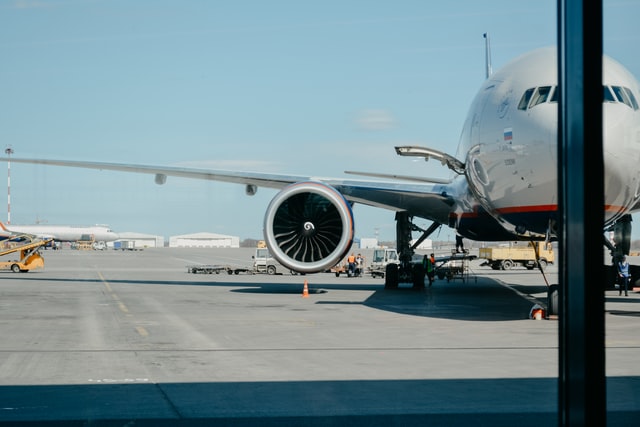 If the CO2 emissions of the aviation sector were measured as a country, it would be ranked among the top 10 emitters. That´s why immediate action is overdue. Until today, aviation is the most climate-damaging way to travel and transport. But there are ambitious targets: Several players in the aviation sector have recently announced or reaffirmed their ambitions to become climate neutral.

But in the past, the aviation sector has struggled to cover its responsibilities. To achieve the goals of the Paris Agreement and to limit global warming to 1.5 degrees, it is evident that aviation must strive towards climate neutrality. Many players in the field, such as the International Air Transport Association (IATA), representing 290 member airlines and 82% of pre-pandemic global air traffic, committed themselves to reach net-zero carbon emissions by 2050. Even though this is one step forward, many questions remain unanswered.

One huge problem that has to be solved, are the so-called non-CO2 emissions. These emissions, including oxygen of nitrogen (NOx), soot particles, water vapor from contrails of planes and oxidised Sulphur species are even harder to reduce than CO2 but are responsible for around two-thirds of aviation´s climate impact.

Other topics that have to be targeted, are timelines and the concrete implementation of emission reduction. Another point of discussion is the question, whether or not offsetting is a solution to come closer to the aim of becoming climate neutral. While the IATA identifies the Carbon Offsetting and Reduction Scheme for International Aviation (CORSA) by the International Civil Aviation Organization (ICAO) as an important measure, environmental associations such as Germanwatch criticise offsetting, because it tackles compensation rather than reduction.

Reaching net-zero in aviation requires a wide range of measures:

One possible solution that is included in the last point are sustainable aviation fuels (SAF), such as Power-to-Liquid (PtL) based on hydrogen. Atmosfair recently opened such a PtL plant in Wertle, Northwest Germany, and showed that PtL is technically already feasible. It is the first plant in the world to produce CO2-neutral e-kerosene on an industrial scale, using only renewable, additional electricity, water, and CO2 captured directly from the air (Direct Air Capture, DAC) and from biogas produced from food waste. This shows the huge potential of PtL. But even though PtL is CO2-neutral when produced, the combustion still emits non-CO2 emissions that fuel global warming.

Another aspect that generates emissions is the transport of the PtL. Therefore PtL should be transported as little as possible. Whenever possible, the e-fuel should be refueled on-site where it has been produced. According to Volker Ratzmann, Executive Vice President Corporate Public Affairs at Deutsche Post DHL Group, off-takers as the Deutsche Post DHL Group are willing to pay higher prices for PtL, if certificates are counted towards DHL’s emissions reduction.

In the future, it should become technically feasible to tank synthetic e-fuels only, i.e. without being blended with fossil fuels as it is required today. Siegfried Knecht, Head of CTO External Affairs Germany Airbus declared to be currently working on making this possible together with the German Aerospace Center (Deutsches Zentrum für Luft- und Raumfahrt, DLR).

Finally, it is crucial to look further than to electricity and water supply and to apply a holistic sustainability approach to the entire PtL value chain. Such a comprehensible sustainability framework, including economic, social, environmental, and governance dimensions was developed by the International Power-to-X Hub.

Now the ambitious commitments must be followed by concrete action. To achieve an upscaling of the PtL production action plans and policies to promote the market ramp-up must be put in place. That’s the only possibility to meet the aviation demand for CO2-neutral fuels.

The International PtX Hub Berlin is part of the International Climate Initiative (Internationale Klimaschutzinitiative, IKI) and is implemented by the Deutsche Gesellschaft für Internationale Zusammenarbeit (GIZ) GmbH on behalf of the German Federal Ministry for the Environment, Nature Conservation and Nuclear Safety (BMU).