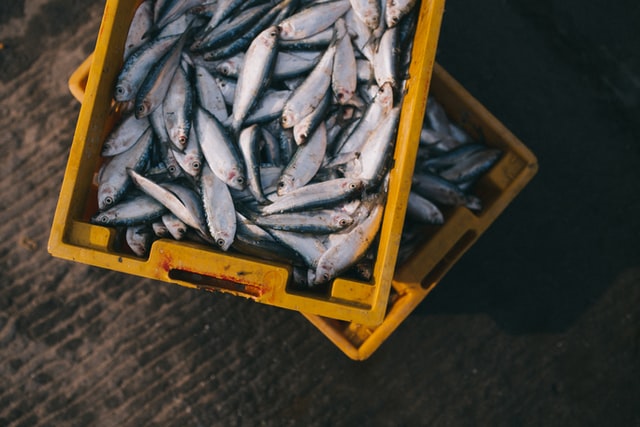 Aquatic animals are a renewable resource that can feed people indefinitely if they are managed sustainably. Unfortunately, this is not currently the case.

Finding ways to feed a future population of 10 billion people a healthy diet within planetary boundaries has become an urgent global priority. Doing so will require radical transformation of food systems. The Food Systems Summit, to be convened by the United Nations in November 2021, will launch global dialogues and actions that aim to transform the way the world produces and consumes food, in ways that contribute to the Sustainable Development Goals, including SGD14 – Life Below Water.

Aquatic foods – animals and plants harvested from water (including finfish, shellfish, and seaweeds) – are healthy and highly nutritious, yet relatively affordable, and have low carbon footprints compared to terrestrial animal-source foods. They support the livelihoods of 800 million people globally, of whom half are women, and 90% live in the Global South (WorldFish, 2020). Despite their significance, aquatic foods are often overlooked in food systems research and policy.

This article outlines the characteristics of capture fisheries and aquaculture and the contributions that aquatic foods make to food and nutrition security, and livelihoods in the Global South, and makes the case for the importance of viewing both through a food systems lens.

China is the largest fish producer

Global production of aquatic animals reached 179 million metric tons (mmt) in 2018, valued at US$401 billion, of which 97 mmt originated from capture fisheries. 22 mmt of capture fisheries landings were diverted to non-food uses; mainly fishmeal and fish oil used in aquaculture feeds. The global average supply of aquatic food (excluding seaweeds) has grown by about 1.5% per annum, to reach 20.5 kg per capita in 2018 (FAO, 2020).

Since the mid-1990s, nearly all growth in aquatic food supply has originated from aquaculture. Aggregate capture fisheries output has been in gradual decline since this time, though this general trend hides a great deal of variation.

Asia accounts for around two-thirds of global fish production, split evenly between China and the rest of Asia. The Americas, Europe and Africa provide 14%, 10% and 7% of global fish supply, respectively. Aquaculture is concentrated in Asia, which accounts for 89% of farmed aquatic animal supply, but is growing rapidly in parts of Africa (e.g., Egypt, Nigeria, Ghana) and Latin America (e.g., Brazil) (FAO, 2020). Capture fisheries are more widely distributed, and dominated by marine landings. Inland fisheries’ role is important in countries located on major river and lake systems (e.g., Cambodia, Malawi), and is often ‘hidden’ and underreported.

Fish is one of the most highly traded food commodities, with approximately 38% by value entering international trade. However, highly internationally traded products like shrimp, salmon, and tuna tend to be more expensive than those remaining in domestic markets (e.g., small pelagic fish, carps), so the great majority of aquatic food, in quantity terms, remains in domestic markets. For example, the ten largest aquaculture producing developing countries in the world – Bangladesh, Brazil, China, Egypt, India, Indonesia, the Philippines, Myanmar, Thailand and Vietnam – accounted for 87% of global production of farmed aquatic animals in 2013. Eighty-nine percent of the farmed aquatic animals produced in these countries was consumed in their domestic markets (Belton et al, 2018).

Large-scale fisheries tend to have more political power than small-scale, and attract most fishing subsidies, creating incentives for destructive fishing practices that might otherwise be economically unviable. Conflicts between larger- and smaller-scale fleets are often reported, such as where off-shore vessels encroach in inshore waters allocated to small-scale fishers.

Aquaculture is also often thought of as being divided into small-scale farms growing food for own consumption and small surpluses for market, and much larger industrial operations. However, especially in Asia, most production now originates from a ‘hidden middle’ category of strongly commercially oriented, specialized, small- and medium-scale farms.

Numbers of these farms have boomed over the past three decades in response to demand from increasingly urban and more affluent consumers. Global production of farmed aquatic animals jumped by 42% from 2010 to 2018 alone (FAO, 2020). This dramatic growth has been referred to as a “quiet revolution”, facilitated by the proliferation of businesses upstream and downstream of the farm, including in transport and logistics. These rapidly transforming value chains have been instrumental in supplying supporting goods and services needed by farms, raising levels of technological efficiency, and lowering production costs.

The prominent role of aquatic foods

Aquatic foods share three sets of important characteristics that lend them an outsized role in meeting the grand challenge of transforming the food system to deliver better human and environmental health outcomes, but also confront significant challenges, as outlined below:

1. Food and Nutrition Security. Aquatic foods are rich sources of micronutrients including calcium, iron, zinc, and vitamins A and B12, and essential fatty acids and protein. Omega-3 fatty acids are essential for cognitive development and reducing the risk of non-communicable diseases, making them a healthy alternative red meats and poultry. In addition to these intrinsic qualities, there is growing awareness that including aquatic foods such as fish on the plate alongside plant-sourced foods increases the bioavailability of micronutrients obtained from eating plants.

Nearly all countries that depend heavily on aquatic foods for nutrition (defined as nations in which more than 20% of the population’s animal-based food by weight is comprise of aquatic foods) are in the Global South, including in many of the world’s lowest-income countries in Africa, Asia, and the Pacific. The outsized contribution of aquatic foods to diets and micronutrient intakes in these regions makes maintaining and increasing their accessibility and availability key to addressing undernutrition. It has been estimated that 845 million people (11% of the current global population) would experience deficiencies in one or more micronutrients if current declines in capture fisheries landings continue (Golden et al, 2016).

Fisheries landings are dominated by a great diversity of species. Many of these are small enough to be eaten whole, including bones, meaning that most of their calcium is consumed, whereas virtually all bones, and calcium, from larger fish are discarded as plate waste. Some small fish species have particularly favorable micronutrient or fatty acid profiles compared to the main species of farmed freshwater fish. Whether these differences have substantive implications for food and nutrition security depends on the extent to which diets are diversified and individuals rely on fish as a major food source.

2. Livelihoods and employment. Aquatic food systems are important sources of jobs, employment, and income, directly employing 59.5 million people in production, of which 85% are in Asia, and 9% in Africa (FAO, 2020). Two-thirds of these jobs are in capture fisheries. Aquatic food value chains create substantial indirect employment for workers and owners of a plethora of small and medium enterprises. Women account for approximately half of the people employed in aquatic food systems. Much of this work (e.g., gleaning and fish drying) is informal or unpaid, and is often overlooked and undervalued in comparison to more visible male-dominated activities such as fishing.

Capture fisheries can serve as safety nets by absorbing temporary surpluses of labor but can also be more lucrative than alternative sources of employment and generate investment capital for other household enterprises. Aquaculture typically generates much higher returns than alternative crops such as rice, and is often more labor intensive than seasonal agriculture, creating demand for jobs all year round, on-and off farm, including for many young people.

However, not all work generated is decent. Offshore fisheries and processing plants can be particularly problematic supply chain segments, and migrant workers are especially vulnerable to becoming trapped in exploitative labor arrangements and exposed to dangerous working conditions.

Moreover, fishers face escalating competition for space in the oceans for purposes as diverse as undersea mining, tourism, and conservation, creating a ‘squeeze’ that threatens to exclude them from access to customary fishing grounds, and poses and existential threat to fishing ways of life.

Aquatic animals are cold blooded, meaning that they convert protein and energy to body mass more efficiently than warm blooded terrestrial animals. Aquatic foods therefore tend to have much lower average resource use and environmental impact profiles than terrestrial foods like beef and pork. Seaweeds and filter feeding mollusks such as mussels are grown without any feeds or fertilizers and can sequester carbon, and can improve water quality by stripping nutrients. Wild stocks of fish and other aquatic animals are important renewable resources that can be harvested indefinitely at sustainable levels when well managed.

Most feed ingredients used to raise farmed fish are by-products of crop production (e.g., rice bran, oilcake), and at least one quarter of all fishmeal is obtained from fish processing waste, contributing significantly to the circular economy. Utilization of fishmeal and fish oil in aquafeed production has become more efficient over time, with increasing substitution of plant-based components and novel ingredients such as algae.

However, there has recently been an alarming uptick in exploitation of food grade marine fish for fishmeal production in hotspots including West Africa and India, threatening food and nutrition security in these locations. Moreover, a majority of aquatic living resources are not adequately managed, resulting in unsustainable levels of resource exploitation.

Capture fisheries and aquaculture have traditionally been viewed as separate sectors with very different research and policy agendas, and are often presented as being in direct competition. On one side of the debate, fishers are seen as universally excluded from and disadvantaged by aquaculture’s expansion. On the other side, capture fisheries are claimed to be in terminal decline, and destined to eclipsed by an ascendant aquaculture sector. Both narratives emphasize production and producers, and pay much less attention given to consumption, utilization, and demand, or to the value chains that link consumers to producers.

Instead, we contend that aquatic foods are best viewed through a food systems lens that integrates consumption, provisioning, and production, and their human and ecological health and wellbeing implications. A food systems lens leads us to understand that capture fisheries and aquaculture each have indispensable and highly complementary roles to play with respect to food systems transformation. Policies, research, and investments that recognize and safeguard the diversity and complementarity of roles played by capture fisheries and aquaculture are thus necessary to ensure sustainable improvements in food and nutrition security in the Global South.

We conclude that there can be no food systems transformation without aquatic foods, given their uniquely favorable nutritional and resource use profiles and the scale of opportunities they create for hundreds of millions of people globally. Assigning greater priority to the role of aquatic foods in food systems can thus contribute to the goals to be defined under the forthcoming UN Food Systems Summit and the realization of key SDGs, including SDG 14.