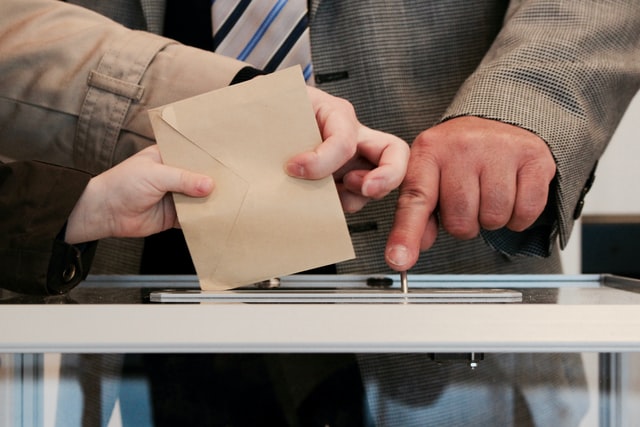 On 26 September, Germany’s population votes for a new Parliament and, in extension, for a new government. The stakes are high as Angela Merkel, after 16 years in office, will not run again paving the way for a new Chancellor and potentially new approaches to external affairs.

Elections are a national event and are predominantly shaped by domestic agendas. However, in a number of cases, national events have global repercussions – and in all cases, global events should be considered locally, too. This interconnectedness is even more so relevant when we speak about a middle-power such as Germany that has engaged – and very much depends – on multilateralism and global cooperation, not least so from a position of one of the “big five” Member States of the European Union and one of the world’s largest economies and biggest trading nations. As a result, Germany has a seat at the table of the G20 and the G7, which it will chair in 2022. The next German government will have to make up its mind which strategic partners it will engage and cooperate with. Beyond this important question, the choice of external policies will very much be determined by the issues that the next government of Germany – in any governing coalition setting – will have to address.

With change in highest government offices in Germany imminent, it is unclear, however, who’s going to be in the next government. One can argue that that’s always the case in democracies and the very reason why we hold elections. This time, however, polls show a rather three-way race between conservatives, greens and social democrats. German politics used to be less adversarial than elsewhere, with broad foreign policy consensus; this seems to be eroding, though, both from the left and the right, but holds with the large political centre. The biggest three parties – conservatives, social democrats and the greens – as well as the liberals, have similar commitments to multilateralism and European integration. Approaches differ, however, in important nuances with regard to, for instance, relations with Russia or China.

Constellations for the political parties that govern next are currently mere speculation. The issues all parties have to face in global relations, though, are often also externally driven, as typical for middle-powers, and will require an answer by any government, whatever their political colours. Let’s focus on the key issues – not an exhaustive list, though – the next German government will have to face.

The global climate is arguably the most illustrative example for global interconnectedness, standing as an example for other global commons such as biodiversity or health. Germany needs to act on mitigation, so as to keep the world’s average warming close to 1.5°C. As the recent IPCC report has shown, climate change is man-made, is accelerating and the window to prevent an overheating of our atmosphere is closing quickly. Also, extreme weather events have become more likely – and a painful illustration to this was the latest flooding in Western Europe, the Black Sea, and Central China or the heat waves in large parts of Southern Europe and North America.

How to react to this challenge? Germany’s CO2 emissions only constitute about 2% of the global output. Yet, action needs to happen, as Germany has disproportionately high emissions per capita of its population AND a historically higher emission than other (due to industrialisation taking place at the end of the 19th century). Leading by example might be another big motivation for strong climate change mitigation actions by the next government. This insight is also driven by a strong self-interest as the prevention of extreme weather events, which will become more frequent with rising global temperature, in Germany very much depends on actions in other parts of the world where greenhouse gas emissions are rising fast. These countries might ask themselves why they should substantially contribute to climate change mitigation while a wealthy and technologically advanced country such as Germany does not do enough in its own right.

Multilateralism to be revived

Whichever coalition will govern, it is almost certain that they will be prone to promote international cooperation, as that’s both in the DNA of post-WW-II policy making in German – and is in the very interest of a globally connected middle-power like Germany.

A first reference point is the internal cohesion of the EU that will require attention and involvement. Effects of climate change and political populism in a number of European countries might discourage cooperation within the EU. However, transformation of the economic system can only be done jointly when countries and their economies are as closely knit together as they are in the European Union. And global voice for Europe will require speaking with one voice.

Specifically in “communitarised” policy areas such as trade, critically important engagement – be that on reforming the World Trade Organization (WTO) or flanking Carbon-neutrality in trade policy – will require global cooperation. Knowledge and skills are a global item, too – and without collaboration in science and technology, little can be achieved on a unilateral pathway for Germany.

Overall, the Agenda 2030 remains an important task – domestically and in international cooperation. Taking decisions on large investments usually comes with longer-term considerations until when investments will have paid off, with time horizons usually beyond 10 years. The next German government, therefore, will be in office for key decision points on reaching internationally set sustainable development goals. If they don’t act during their parliamentary term until 2025, the timeframe will be too short as to have a meaningful impact until the end of the decade.

Making good use of opportunities

The substantial transformation of the economic model in Germany and Europe requires partners. The EU’s Green Deal is one such frameworks, and it will require political shaping and implementation at national level. It has become part of the “recover forward” after the Corona pandemic’s hard hit – and includes efforts on digitalisation, where Germany is not a global champion, as well as more work on moving towards a circular economy. Collaborations on renewable energy are also likely so as to foster sustainable electrification of transport.

The next German government needs to look for other opportunities to foster global cooperation. One of these opportunities more or less falls into the lap of the new government: Germany will host and chair the next years G7 process. While this historically important format of economically significant economies has been replaced by the G20 – which Germany chaired in 2017 – it still represents a good enough opportunity to set international agendas, and are an important starting point for promoting global transformation projects and reforming multilateral institutions. These opportunities, however, need to be realised jointly with the G20. Close collaboration with emerging countries such as Indonesia – the host of next year’s G20 – is essential.

International relations or international effects of German policy making unfortunately do not feature most prominently in political parties’ programmes. Voters are citizens, and domestic comes first, naturally. Yet, with regard to the political debate and feasibilities in Germany, more discussion on effects and international preconditions for policies would be desirable. And certainly, it will be relevant to the future of globalisation, at least in some areas, who will obtain the mandate by German voters on 26 September 2021.

Sven Grimm is Head of the Programme Inter- and Transnational Cooperation with the Global South at the German Development Institute / Deutsches Institut für Entwicklungspolitik (DIE).