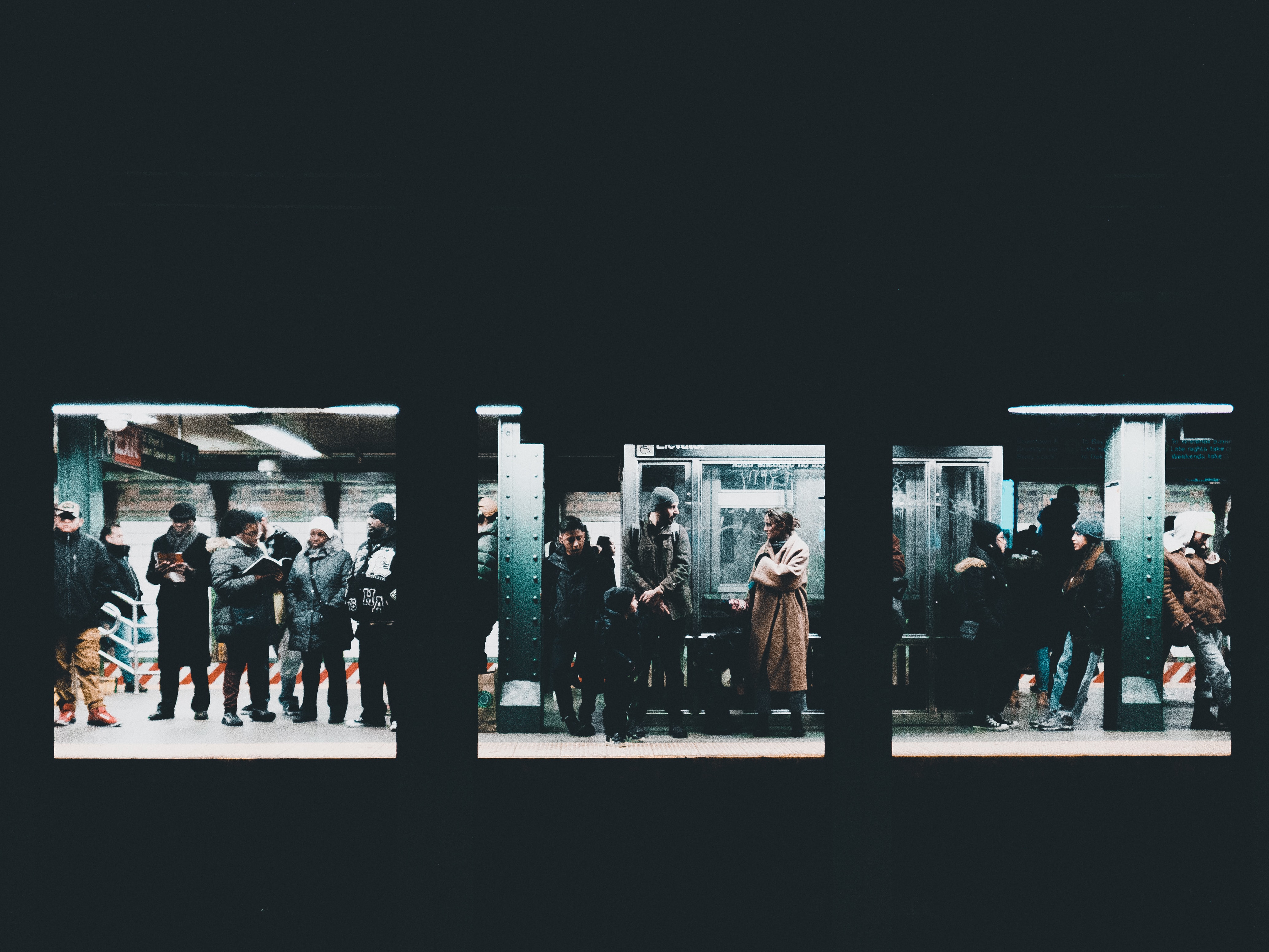 Beneath the surface of neoclassical economics lies unwavering faith in the pursuit of big numbers: more is always better. More growth means more income, more supply and production, more employment, more demand, more investment, more growth, and so forth. Big numbers give people a certain sense of security; everything is ‘going well’ and the economy is ‘healthy’. Only when a crisis hits, such as the current COVID-19 virus, people seem to become aware of the danger that lurks in big numbers; namely, they always involve tipping points and introduce risk into other areas, such as public health or international security. By ‘tipping point’, I mean that a certain equilibrium is upset, such as the equilibrium in economic growth or the balance between supply and demand.

However, tipping points in themselves can also upset other social, political or ecological balances, leading to disruptions in economic development in the future. The 2008 financial crisis and the current COVID-19 crisis are two examples of global crises that clearly reveal the interconnectedness of our economies and societies. Due to our current way of life and globalization, markets, people and cultures are in constant contact with one other. We can no longer keep living in a ‘throwaway society’ like this, built on mass consumption and unsustainable consumption and production. Nature and human health are putting limits on this type of growth. Interlinked disruptions such as these can also occur on microeconomic or regional scales.

Efficiency versus diversity and resilience

As human beings, we should pay attention to nature as soon as big numbers develop a logic in and of themselves. Big numbers require specialized forms of production, monocultures and cost-benefit efficiency, whereas nature benefits from maximum biodiversity. In the end, it is about achieving a balance between the two: a healthy balance between large-scale and small-scale production, more and less, uniform and pluriform, specialism and broadening, monism and pluralism. Spreading the risk is sometimes preferable to cost-benefit efficiency, in order to prepare the health sector, for example, for major shocks.

We also need to be aware of the side-effects of big numbers, which manifest themselves inside and outside the economy and can have a boomerang effect on the entire system. Now that the COVID-19 crisis is threatening human health on a large scale and the health sector is facing major challenges, we can see disastrous side-effects emerging throughout the economy that will undermine overall growth in the long term. In order to gain a better understanding of these complex interactions, we therefore need to broaden our view of the economy. This does not mean we will be able to predict every crisis, but we may be able to spread the negative effects more effectively and minimize them where possible.

Economics in the twentieth century should therefore focus more on people, nature, and the wellbeing and preservation of both, and less on money. Although economic growth is important to keep the economy going, it can never be an end-goal in itself. This argument has been made since the 1970s by Amartya Sen. In his work, Sen argues that we should focus more on human values and culture in economics, and less on monism and methodological individualism. This is because the economy depends on interpersonal relationships, as well as interactions between humans and nature. These relations are shaped by the spirit of time, location and culture. Humans will also be dependent on our environmental surroundings for as long as we live on this earth and make use of its energy and natural space. This dependence is overlooked in neoclassical economics, however, due to the latter’s emphasis on monistic theoretical abstractions of unlimited rationality, unlimited egoism, boundless willpower and stable preferences. Taken together, these assumptions are also the key reasons for the critique of ‘methodological individualism’, which is known as a core fallacy in neoclassical economics.

Since 1979 behavioural economists such as Daniel Kahneman and Amos Tversky have been arguing, based on prospect theory, that economic choice behaviour is context-specific and that people consequently attach more importance to relative value than to absolute value. They show that at the point of making a choice, the overlap between the disciplines of psychology and economics is so great that it is sometimes difficult to distinguish between the two at all; both at the micro-level of individuals and households and at the institutional and macro-level, where aggregated factors such as ‘consumer confidence’ can influence whole sectors and economic growth figures and stability.

Economists who have recently worked on complexity theory have made some progress in modelling these factors, meaning that certain assumptions can already be included in the analysis. They refer to ‘tipping points’ in economic trends, for example, and ‘feedback mechanisms’ from context to model, demonstrating their acceptance of unstable preferences. These theoretical assumptions have important methodological consequences, which I discuss in my book ‘Wellbeing Economics’. How and why economics needs to change’.

A focus on needs and priorities

For now, it suffices to say that, in light of the critique of methodological individualism, ‘preferences’ has become a convoluted concept. Continuing to use it in a new vision of ‘Wellbeing Economics’ would thus lead to confusion and misconceptions. In my new book, I therefore prefer to use the terms ‘needs’ and ‘priorities’. Human needs, such as for food or drinking water, security and self-actualization, are defined as forms of deprivation of which we are aware, prompting a desire for what is lacking. Priorities are expressions of relative preferences about the various choice dimensions of wellbeing, which can change over time and aggregation level. Needs and priorities can converge, but they can also differ. After all, someone who is hungry may prioritize political freedom over food, despite the deprivation they are suffering. Priorities can also differ between an individual and other people or their environment. As an individual, someone might be striving for a higher income, but might not consider this a priority for the household or community in which they live. Priorities can also change over time and are context-dependent.

In conclusion, I want to emphasize that political power, culture, psychology, emergent and evolving phenomena and the relationship between humans and nature make economics a complex science; and this is hardly surprising, as human beings are complex creatures. The problem is that in recent decades, many economic theories have lost sight of human relations and nature, and thereby of relational and subjective human wellbeing. Instead, economists have become increasingly adept at developing econometric models based on theories that have little to do with what it means to be human. Businesses, governments and institutions are viewed as though humans did not form a crucial part of them, but only the production factors derived from humans, such as labour, technology and capital. In order to become more and more advanced, these models are increasingly concerned with measurable factors (quantity and monetary values), and less and less with humans as social beings. As a science and as field of knowledge, economics has become ‘inhuman’, as it were. The contorted pursuit of (apparent) objectivity and precision can easily come at the expense of a realistic portrayal of human nature as a guiding perspective in economics. ‘Homo economicus’ represents a flawed self-image of what it means to be human, one that has little to do with our everyday economic identity and actions. Who would recognize themselves in the calculating ‘loner’ who is isolated from everything and everyone? Even Robinson Crusoe needed Man Friday to keep him company, and he ultimately survived thanks to this company and to nature.

Join the Virtual Dialogue with Nicky Pouw “Towards a Wellbeing Economics. How and why we need to do economics differently” on 28 October, 12.00 CET where she will introduce the book

Information about the book:  Pouw, N.R.M. (2020) ‘Wellbeing Economics’. How and why economics needs to change’, Amsterdam: Amsterdam University Press

Nicky Pouw is Associate Professor in Economics of Wellbeing at the Governance and Inclusive Development research programme (GID) at the Amsterdam Institute for Social Science Research (AISSR). She is author of Introduction to Gender and Wellbeing in Microeconomics(2017) and co-editor of The Wellbeing of Women in Entrepreneurship. A Global Perspective (2019).